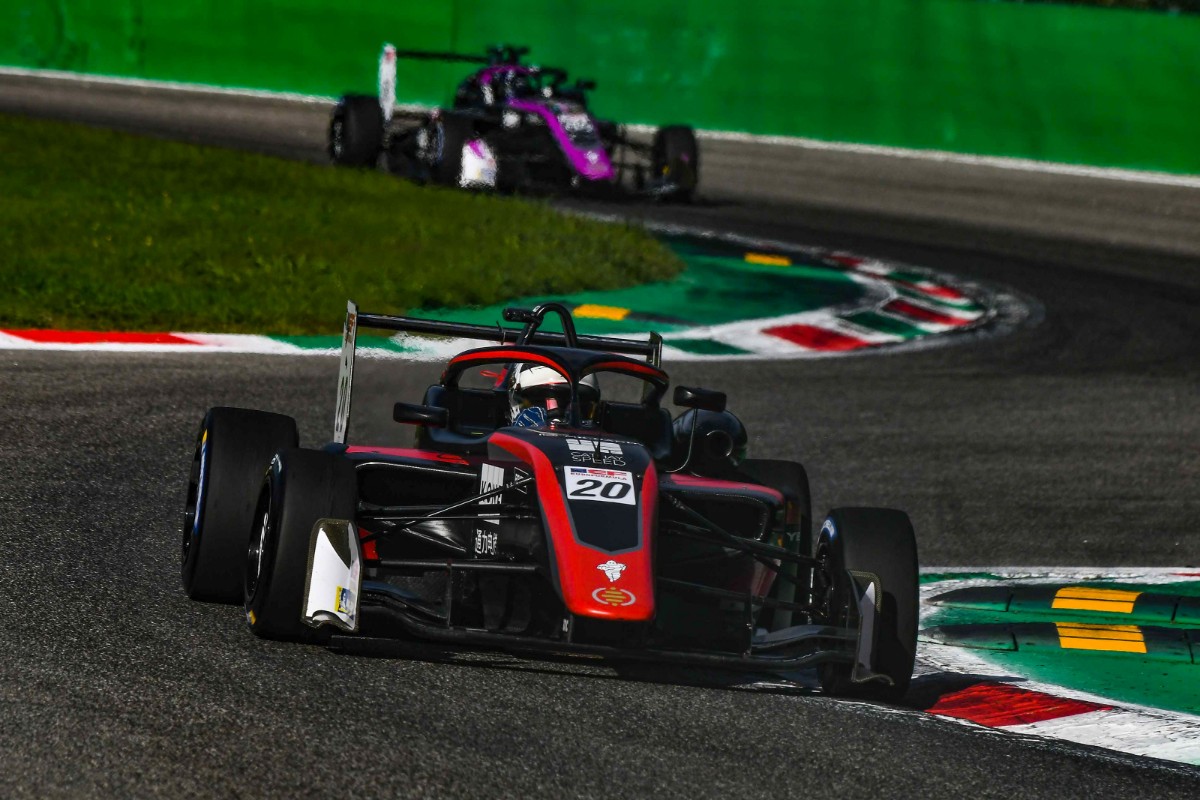 Lukas Dunner has been promoted to pole position for the second Euroformula race at Monza, after qualifying pacesetter Yifei Ye was handed a two-place grid penalty.

During qualifying, Ye worked with his CryptoTower Racing Team team-mate Dunner to supply each other with a two down Monza’s long straights, but after Motopark’s Manuel Maldonado closed in on the pair the plan put in place by Timo Rumpfkeil – boss of Motopark and its Japanese offshoot CryptoTower – across the two teams seemed to unravel.

After Ye allowed Dunner past on the run to Ascari with nine minutes to go, Maldonado tried following down the pit straight. Ye chopped across to prevent him from passing as he was about to start his flying lap, and he was let back past by Dunner at the same place he first gave track position to the Austrian.

On the next lap Ye waved by Dunner, who almost immediately got tail-happy through Ascari, and Maldonado tried for a second time to pass Ye down the pit straight. Once again, Ye swerved across to defend as he was starting his flying lap, and the manoeuvre earned him a two-place grid penalty.

“Basically just wrong position, wrong timing. It’s Monza, sometimes you’ve just got to find the best place to be, and I think I did quite well. But quali was a bit of a mess,” Maldonado said.

“We were supposed to really have someone to tow with, so I had to find a group because no one in my team was available for a tow. I was just doing my own thing, but the problem was they were just slowing down into the last corner too much and then you catch them too quickly

Ye meanwhile labelled Maldonado’s tactics as “completely stupid”, and said to Formula Scout “in the end I took the penalty for somebody else’s mistake”.

While Dunner allowed Ye back past later that lap, Maldonado ended up battling with CryptoTower’s third driver Rui Andrade.

The next time around it was Dunner’s turn to go for pole, but when Ye slowed down on the run to Ascari his team-mate did not pass. Andrade had got past Maldonado and he then passed Dunner, before also moving ahead of Ye on the run to Parabolica.

Dunner caught back up with Ye on the same straight, but when he tried to make a pass Ye put up a late defence as the next lap was the last of the session.

This time it was even messier, as when Andrade tried to allow Ye through at Ascari he did it on corner entry and ended up not turning in in time and spinning off track. This put Dunner back behind Ye, and this time he was allowed through before Parabolica but couldn’t beat Ye’s benchmark lap.

The penalty means Dunner is promoted to pole though, with Van Amersfoort Racing’s Andreas Estner joining him on the front row. The rest of the qualifying positions can be seen here.