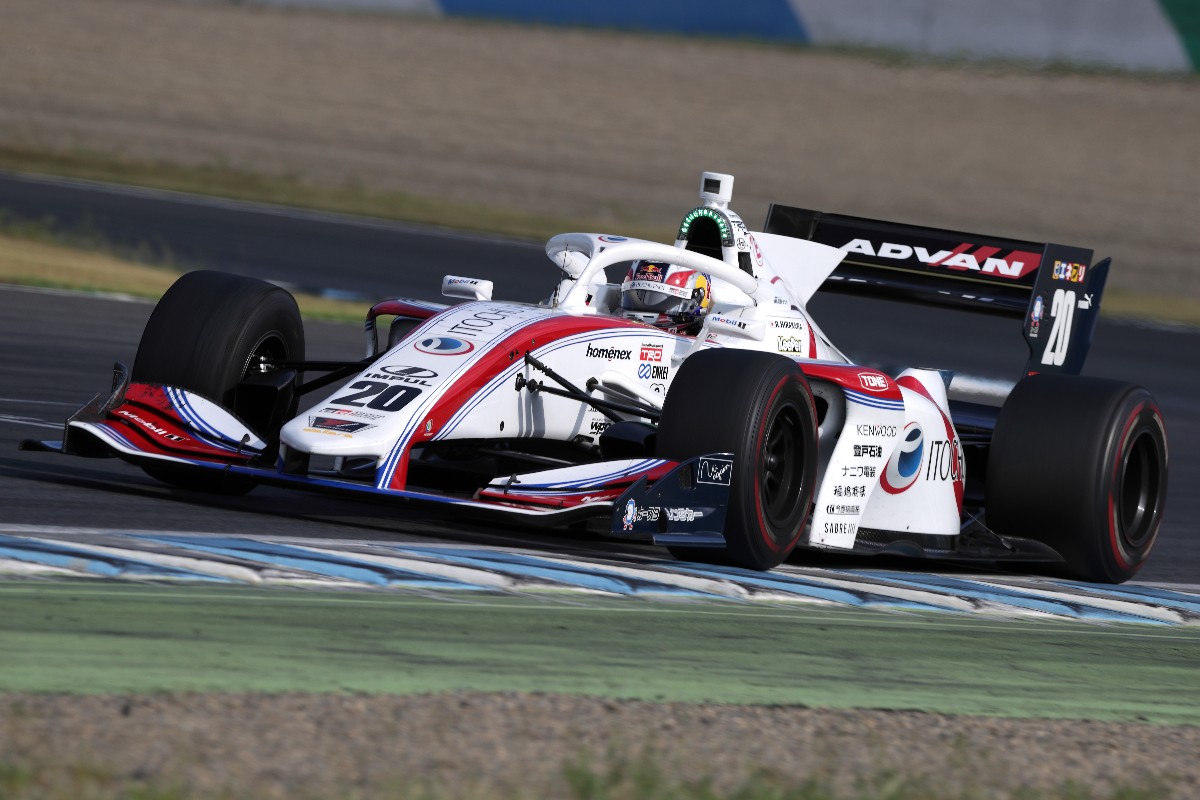 Ryo Hirakawa claimed his second Super Formula pole in a row at Okayama, ahead of debuting Formula 3 graduate Ritomo Miyata.

It was a close call for the Team Impul driver in his Q1 group as he just made it through into Q2 in seventh (the last to make it through), and again was only seventh fastest in the next session.

However in the final qualifying session Hirakawa set fastest sector times across what was his pole position lap. The Red Bull athlete won last month’s season opener at Twin Ring Motegi from pole.

Miyata, who is standing in this weekend at TOM’S for Le Mans 24 Hours winner Kazuki Nakajima, surprised by setting the fastest laptime in both Q1 and Q2 before qualifying on the front row for his Super Formula debut.

He and Sena Sakaguchi are both on double duty this weekend, as alongside Super Formula they are racing in the supporting Super Formula Lights (previously known as Japanese Formula 3).

Sacha Fenestraz wasn’t able to beat his 2019 SF Lights title rival to the front row, but the Kondo Racing driver was able to qualify in third ahead of Tadasuke Makino (Nakajima Racing) in fourth position.

Makino’s rookie team-mate Toshiki Oyu and INGING’s Hiroaki Ishiura will start the race on the third row of the grid in fifth and sixth respectively ahead of Dandelion Racing’s two-time champion Naoki Yamamoto.

Sho Tsuboi went into the barriers on his flying lap in Q3, but the INGING driver will start the race in eighth.

Reigning champion Nick Cassidy was the main casualty from Q2 as he missed out on joining the final eight drivers in Q3. He rounds off the top 10 for the race alongside Team Mugen’s Tomoki Nojiri in ninth.

Mitsunori Takaboshi was slowest of all in qualifying for his SF debut with B-MAX Racing by Motopark.