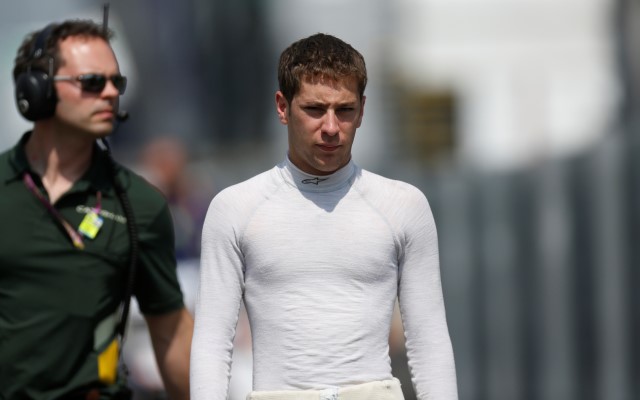 Robin Frijns has secured the role of reserve driver at the Caterham F1 Team for the 2014 season.

The 2012 Formula Renault 3.5 champion held a similar position at Sauber last year, but split from the Swiss team after a lack of track time.

He will share reserve duties with the team’s American protege Alexander Rossi, who is continuing to race in GP2 alongside Rio Haryanto.

The Dutchman, who collected a race win in a partial GP2 programme last year, thanked both Caterham and its engine supplier Renault for making the reserve deal possible.

“I am more than happy that Caterham and Renault have given me the chance to be in Formula One in 2014,” said Frijns.

“Nowadays it’s rare to find an F1 team that will put so much trust in a young driver like me, but during the negotiations I had a very strong feeling that the team really believes in me, which I couldn’t appreciate more! This was one of the main reasons why Caterham has been my number one priority for quite a while and I am so thankful that it worked out.

“There are many good reasons to believe that Caterham will be moving up the grid in the next few years and I feel that every member of the team is strongly committed and really working hard to make that happen. Also, when I visited the factory for the first time, I saw that the working atmosphere in Leafield is very positive, which gave me a good feeling right away. My personal goal for this season is to help the team as much I can and also gain valuable experience to make sure that I can establish myself in the team and in F1. I am sure that we will have many great years together.”

Team principal Cyril Abiteboul explained that Frijns had impressed the team so far.

“He has raw pace and impressed our engineers enormously with the sessions he’s completed in our simulator – put simply, he has the talent to go right to the top of our sport,” said Abiteboul.

“He will be our reserve at all races where Alexander is focused on GP2 and he will have a number of F1 runs throughout the year, immersing him in the F1 team and helping him develop his understanding of what it takes to operate at the top level.”