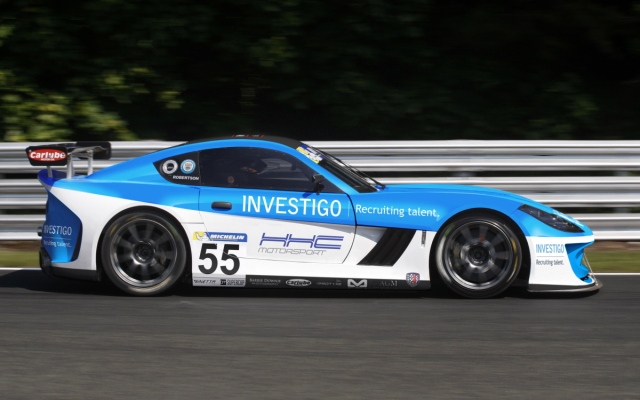 Charlie Robertson will make a surprise return to Ginetta racing this year, turning his back on single-seaters after just one season.

After finishing third in BRDC Formula 4 last year, it had been anticipated that the 17-year-old would advance into European competition in the Formula Renault NEC.

However, he has instead taken the decision to move back to tin-top sportscar racing by signing up for the Ginetta GT4 Supercup with his long-time team HHC Motorsport. Robertson has driven for the team for all three years of his car racing career to-date, through two years of Ginetta Juniors (which he won in 2012) and last season in F4.

?It?s going to be fantastic racing on the BTCC weekends again and I?m really looking forward to being back as part of the Ginetta family, especially with Investigo?s continued support,? said Robertson, whose F4 exploits saw him make the final of the McLaren Autosport BRDC Award.

?We?ve thought long and hard about the best route forward for my career and we?ve settled on sportscars, the GT4 Supercup is the perfect place to learn.

?We?ve obviously got a strong link with Ginetta, I started out in the Juniors in 2011 and won the championship in my second season and we?ve stayed in contact since.

“Formula 4 was great, I learned a lot and it was a fantastic experience, but sportscars offer a much more realistic opportunity for a professional career.?