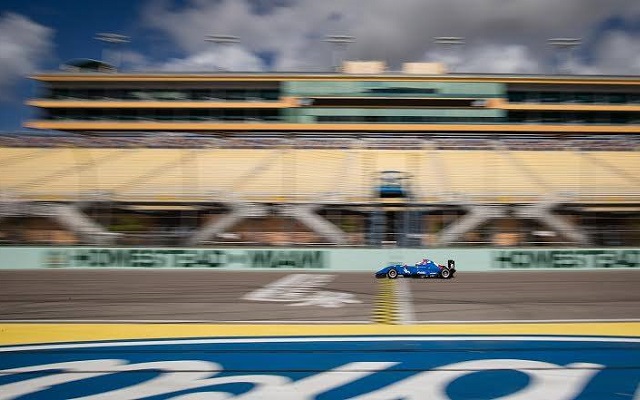 Fuoco led the race lights-to-flag and was at no point under real threat of losing the lead.

The Italian established a two-second lead over nearest rival Raffaele Marciello the opening laps and expanded it to four seconds as the race went on.

The field would bunch up with two minutes to go when Dennis van de Laar went off, causing a safety car, but there simply wasn’t enough time for a restart, meaning that Fuoco and Marciello were allowed to calmly cruise to the finish line to complete an FDA 1-2.

Vasily Romanov and Takashi Kasai rounded out the finishers, with front row starter Alex Bosak and Ferrari junior Lance Stroll having pulled into the pits at the end of the opening lap.