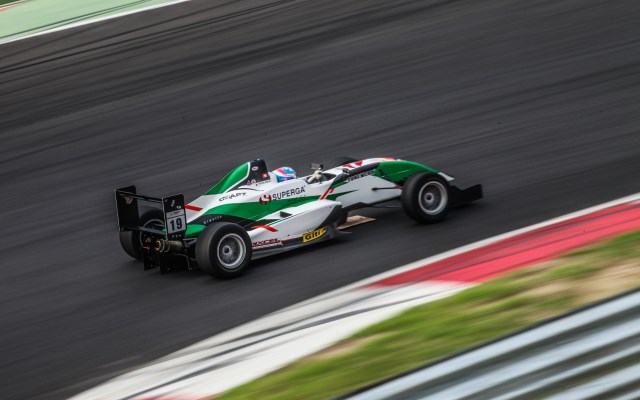 Hong Kong teenager Matthew Solomon has announced that he will return for a second season in Formula Masters China with Eurasia Motorsport.

?Proud to announce that I will be staying with Eurasia for the 2014 Formula Masters China Series,? he wrote on Twitter.

Solomon, who turns 18 next week, enjoyed a solid first season in 2013, finishing fifth in the overall standing and achieving several podiums after stepping in to car racing from Asian karting scene.

He also competed in a one off round of Formula Renault 2.0 Alps with Prema Powerteam at Misano, achieving a top ten finish, and won a GT race at Zhuhai in a Mercedes he shared with double Formula 1 champion Mika Hakkinen.

Solomon becomes the first driver announced for Eurasia Motorsport, who finished second in the team standings to eventual champions Meritus GP. The Formula Masters China season kicks off at Zhuhai at the beginning of May.