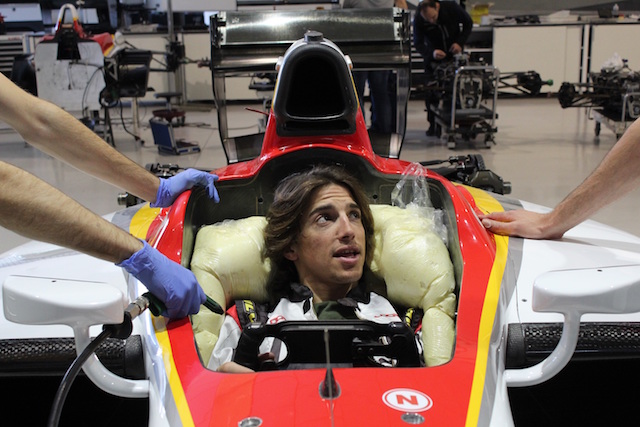 Ex-Formula 1 racer Roberto Merhi is working on a deal to race in the rebranded Formula 2 series this year with Campos Racing.

The 25-year-old Spaniard will drive for Campos in the first pre-season test that will be held at Barcelona from Monday to Wednesday, alongside the team’s new signing Ralph Boschung.

Merhi was European Formula 3 champion in 2011 and battled Carlos Sainz for the Formula Renault 3.5 title in 2014 after a spell in the DTM, before starting 13 F1 grands prix with the Manor team in 2015.

Last year he raced in the World Endurance Championship with the LMP2 team set up by former Manor chiefs John Booth and Graeme Lowdon.

Campos said itself and Merhi “are working together to confirm his presence in the new FIA Formula 2 championship as soon as possible as it is the right decision to relaunch his career.”

It added that an assurance from new F1 managing director Ross Brawn that “F2 winners will step up to F1” made the series attractive to Merhi.

Merhi has never raced in F2’s predecessor GP2, but did test the current car with Arden following his F3 title in 2011.