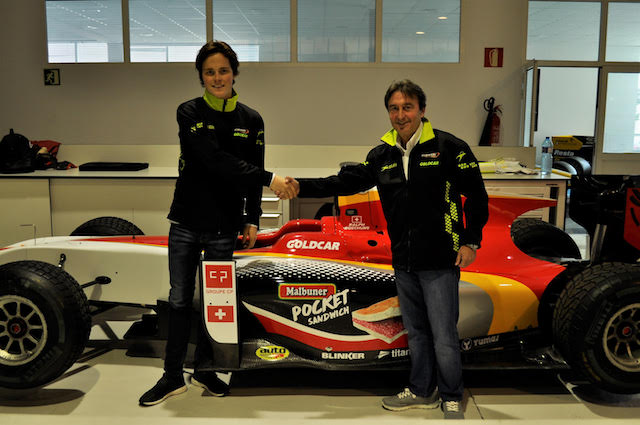 Ralph Boschung is to step up to the newly-rebranded Formula 2 series with Campos Racing.

The move comes after the 19-year-old Swiss driver suffered an interrupted second season in GP3 last year with Koiranen, when he took a maiden victory at the Red Bull Ring but missed three of the final four rounds on budget grounds.

He finished up 11th in the GP3 standings, repeating his result from his 2015 campaign which he contested with Jenzer Motorsport after stepping up from ADAC Formel Masters.

His deal to race in the series formerly known as GP2 with Campos has been made possible by new backing from Swiss food brand Malbuner, formerly a sponsor of the Sauber Formula 1 team.

“I have been in contact with Campos for quite a while now and I’m incredibly thankful to the team because there’s a lot of competition for a seat in F2,” said Boschung.

“It’s an amazing opportunity for me and I’m really grateful that they took the decision to bring me on board.
“The competition is going to be strong, I have raced against many of these drivers before in GP3 and have a huge amount of respect for them.”

Boschung is the first driver signed by Campos for the F2 season.