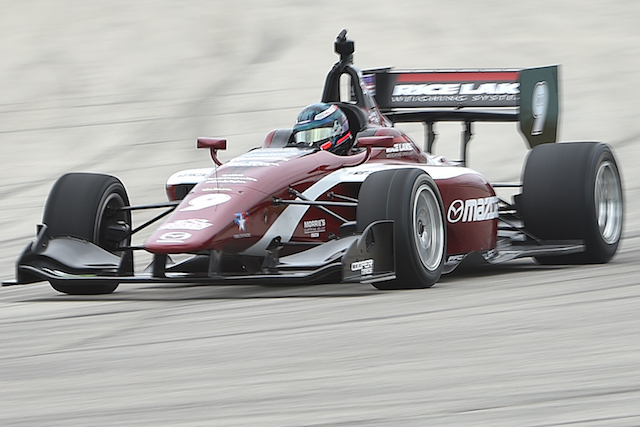 Pro Mazda champion?Aaron Telitz took pole in his debut Indy Lights qualifying session for the 2017 season opener on the streets of St Petersburg.

O’Ward – who as in Pro Mazda is starting the season on a race-by-race deal with Team Pelfrey – then crashed at Turn 8, triggering the red flags with less than two minutes remaining and bringing an early end to the session.

The Mexican had his best time – which was only 0.0429 seconds slower than that of Telitz – removed for causing the stoppage, and his next best time leaves him ninth.

Third-year Juncos racer?Kyle Kaiser inherits a spot on the front row with a time 0.3877s slower than Telitz.

Telitz’s Belardi team-mate and last year’s runner-up?Santiago Urrutia led the session when it restarted inside the final 10 minutes following an off for?Ryan Norman, but the Uruguayan finished up sixth.

Carlin’s?Neil Alberico was seventh ahead of Belardi’s third driver?Shelby Blackstock, with another Carlin racer Zachary Claman De Melo completing the top 10 behind O’Ward.