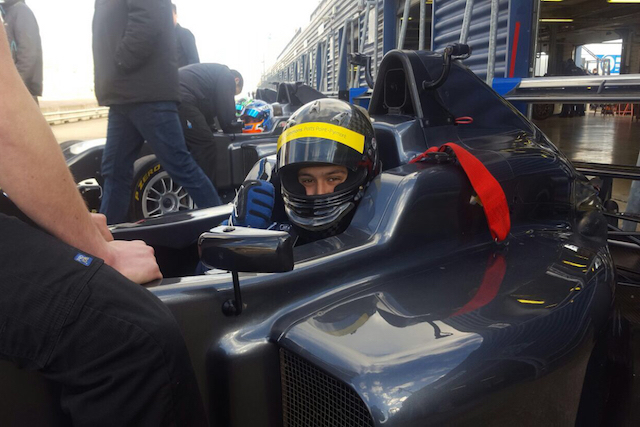 Australian driver Harry Hayek has signed to race in BRDC British Formula 3 this year with Double R Racing, the team that took Matheus Leist to the 2016 title.

Hayek, who turned 19 on Thursday, finished fourth in the inaugural Australian Formula 4 season in 2015 and repeated that feat last year?despite?missing the first two rounds after?beginning the year in British F4.

He started this year by competing in the Toyota Racing Series, finishing 15th with a best result of seventh.

?He?s a great lad, fantastic young driver and has a good family around him.

“When he tested with us last year at Silverstone GP he was immediately on the pace, absolutely flying, so I?m confident he can develop into a proper championship contender.

Hayek said: “Late last year we did a couple of test days with the team and were extremely impressed with their professionalism, productivity and ability to operate a race team which is clearly reflected in their results.

“Boyo’s [Hieatt] confidence in me goes both ways, and I feel that at the end of the year I’m going to be a much better driver under his guidance.

“British F3 itself has stood on top of the junior formula list for decades now, and sometimes I have to pinch myself that I will be competing in such a prestigious series.”