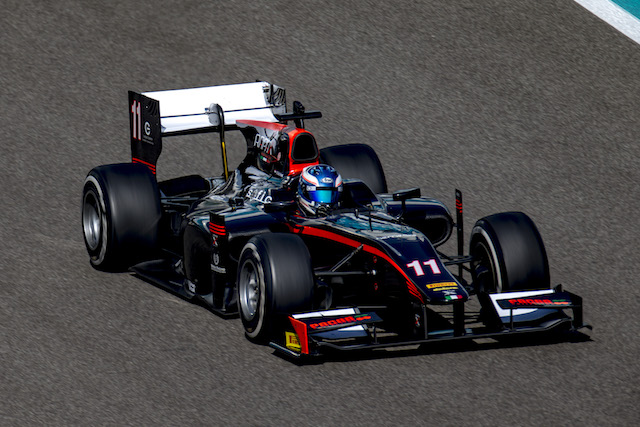 Nyck De Vries will step up to the newly-renamed Formula 2 championship this year with Rapax, with series veteran Johnny Cecotto as his team-mate.

McLaren junior driver De Vries’ single-seater career had been in doubt after his sixth-place finish in last year’s GP3 standings, and the 22-year-old Dutchman had taken part in an evaluation test for a works Ferrari GT role earlier this year.

However, he remains on McLaren’s books and has secured an F2 seat with the Italian Rapax squad with which?he tested in Abu Dhabi at the end of 2016.

“First and foremost I would like to thank Rapax for their faith in me and everyone? involved,” said De Vries.

“It has been a tough ride, but here we are ready to fight.

“I have a lot of great memories in Italy from my karting time, so it really feels like coming home.

“I am pleased also that I will remain a member of the McLaren Young Driver Programme, which I have been associated with for seven years now.

Cecotto remains with Rapax after making a return to the series in place of Arthur Pic for the final two events of last season, finishing second in the final race in Abu Dhabi.

The Venezuelan, 27, will make his 120th start in GP2/F2 in the Bahrain season opener next month.