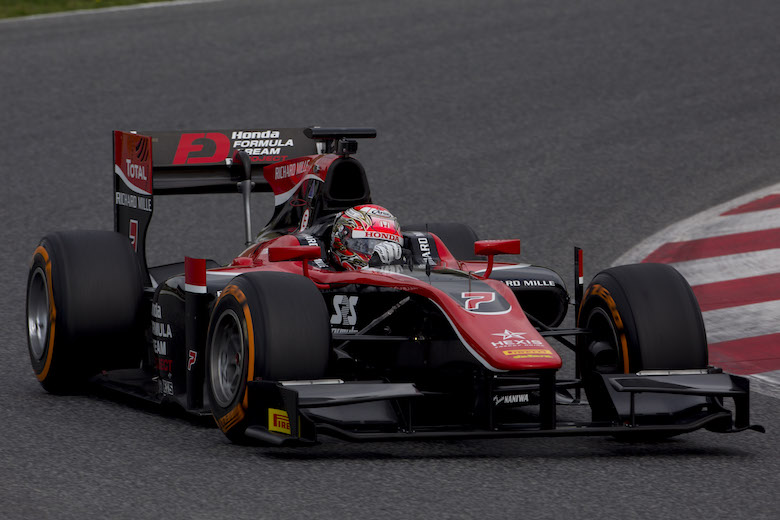 Pre-season testing for the newly-rebranded Formula 2 championship got underway at Barcelona with Nobuharu Matsushita fastest ahead of ART Grand Prix team-mate Alex Albon.

Honda junior driver Matsushita posted the day’s best of 1m29.061s inside the middle hour of the three-hour afternoon session.

He did have a margin of nearly half a second over rookie team-mate Albon, but last year’s GP3 runner-up improved his effort inside the final hour to?finish up 0.096s behind.

Norman Nato matched Albon’s time to the thousandth to take third upon his return to the Arden team he raced for in 2015.

Cecotto managed a 1m29.239s at the end of the morning session to lead Rowland, Matsushita and his own new team-mate Nyck de Vries, who was seventh on the day’s combined times.

Ex-Formula 1 racer Roberto Merhi was 19th out of 20 runners in both sessions for Campos Racing, and last overall.