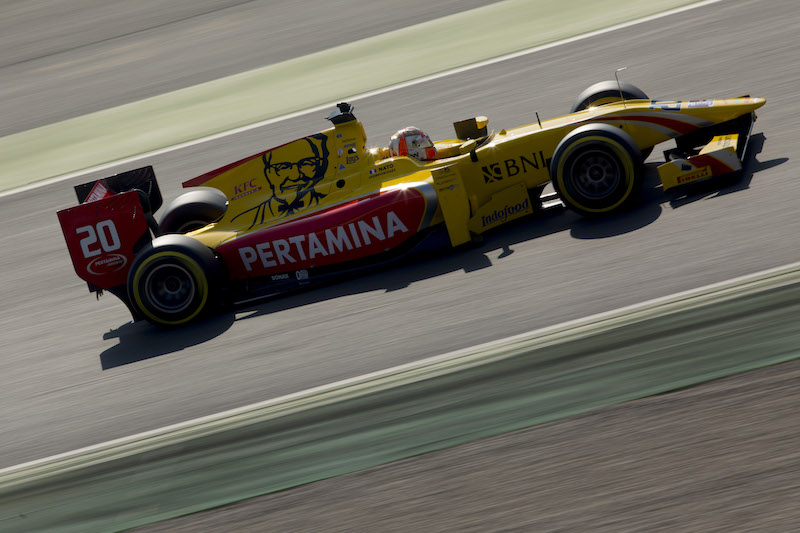 Norman Nato ended the final day of testing for the rebranded Formula 2 series on top, with a 1m27.834s set during the morning session in Barcelona.

The Arden driver?s time was also the quickest of the three-day test, with ART Grand Prix team-mates Nobuharu Matsushita and Alexander Albon having set the pace on the first two days.

They slipped down the order on the final day, with DAMS driver Oliver Rowland lapping 0.054 seconds off Nato?s best to be second fastest.

Both Nato and Rowland also brought out red flags though, having stopped on track prior to setting their best times.

Therefore it was ART rookie Albon who could be seen to have had the best day, setting a time 0.105s slower than Nato to go third and completing 83 laps uninterrupted across the two sessions, only bettered by Racing Engineering?s Louis Deletraz.

Fourth quickest, and another to stop on track, was Rapax?s Nyck de Vries.

Ghiotto set the pace in the slower afternoon session with a time of 1m29.565s.

Former F1 driver Roberto Merhi was fourth quickest in the afternoon for Campos, but was slower when track conditions were better and was 19th overall at the end of the day.