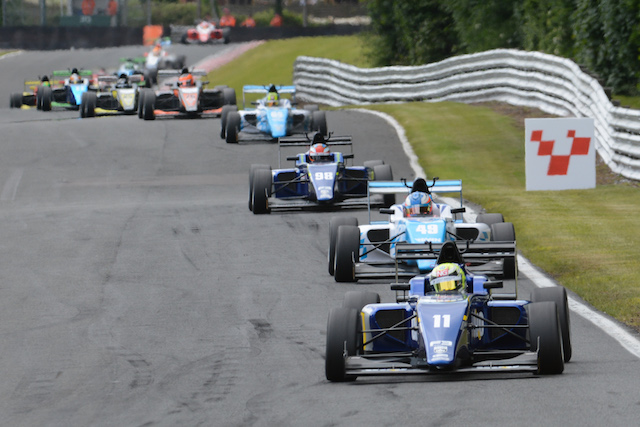 Ricky Collard made it a double victory in the fourth round of the BRDC British Formula 3 Championship at Oulton Park with another lights-to-flag drive in race three.

The Carlin driver?used the inside line to stay ahead of a fast-starting?Thomas Randle at the first corner and then gradually pulled away from the Australian, winning by 1.8 seconds to extend his points advantage over Randle to 37 points.

Colton Herta scored another podium in third, only a second behind Randle and 10 seconds clear of fourth-placed?Enaam Ahmed, who had to resist pressure from?Matheus Leist behind him.