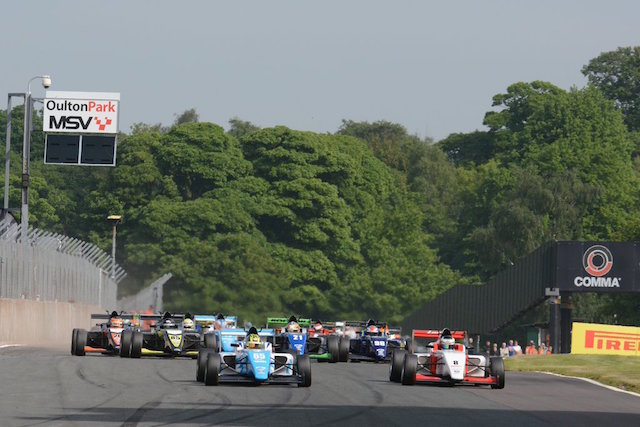 Toby Sowery has been handed the win in the second BRDC British Formula 3 race at Oulton Park after?Enaam Ahmed was penalised for a clash between the two.

The pair made contact as they fought for the lead on lap two along the Lakeside straight, with a clash of wheels sending Sowery into the air and briefly onto the grass, even though he retained second place.

Ahmed was given a six-second penalty for “driving in a manner incompatible with general safety”, enough to give Sowery the win by 0.171 seconds over the Douglas Motorsport driver.