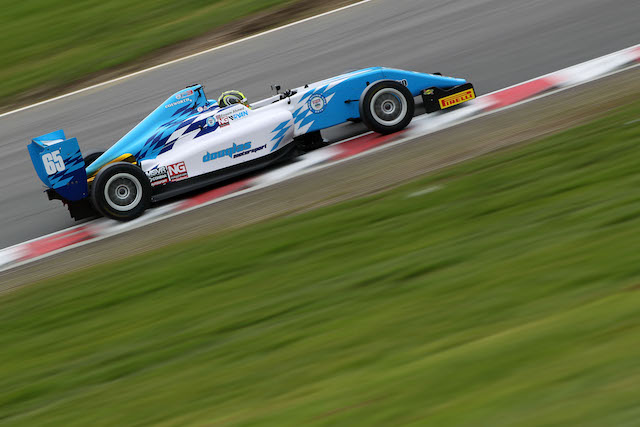 Enaam?Ahmed?scored his second win of the BRDC British Formula 3 season with a commanding performance in race two at Oulton Park.

On reverse-grid pole, Ahmed held the lead at the start despite a slightly better getaway for?Toby Sowery.

Sowery?couldn’t keep pace with the leader as the race wore on, and Ahmed was able to win by 5.8 seconds.

Sowery spent the race with a queue of cars behind him but held on to second ahead of?Enzo Bortoleto.?Matheus Leist passed?Jan Jonck in what was the only change of position in the top eight.

Colton Herta,?Thomas Randle and?Ricky Collard?therefore completed the top eight, with race one winner Collard finishing 1.8 seconds behind the fight for third as he concentrated on setting the fastest lap – something he achieved to secure pole for race three.

Collard’s Carlin team-mate Herta will again share the front row, with the Douglas drivers Randle and Ahmed to line up on row two.