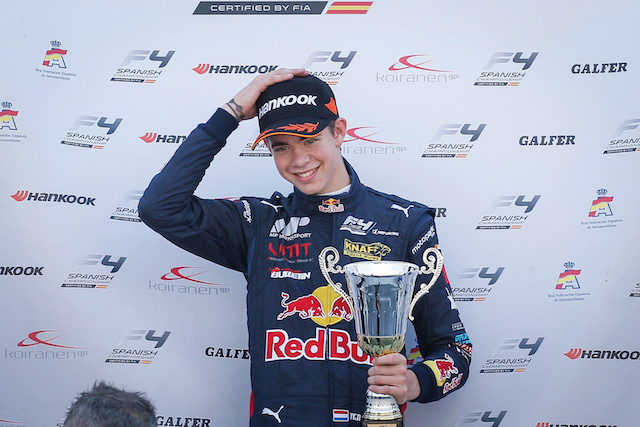 The Dutchman, who turns 16 on Friday, will become the second ever?driver to?contest the New Zealand-based series as a member of the Red Bull Junior Team, after Daniil Kvyat did so in 2011.

Verschoor won 28 out of 40 races across the Northern Europe-based SMP and Spanish series in his rookie season in car racing.

He is now gearing up for a move into Formula Renault with MP Motorsport, the Dutch outfit that supported his F4 efforts.

?The 2016 season has been very successful, I have won a lot of races and the experience I have gathered by winning two FIA F4 Championships will really help me in New Zealand,? said Verschoor, who will race for Giles Motorsport.

?I am really looking forward to this new and different adventure, adapting myself to a new car and environment in the Toyota Racing Series, being able to push myself to the maximum to prepare for next season in the great conditions is really exciting.?

Verschoor is the first driver confirmed with Giles, which won two races in the 2016 TRS?with Ferdinand Habsburg.