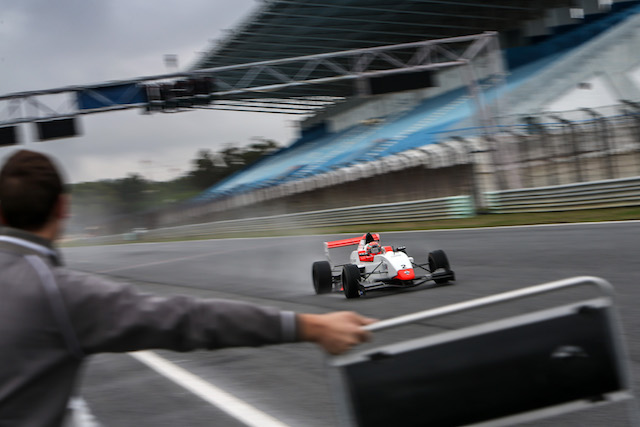 Sacha Fenestraz has announced he will drive for Josef Kaufmann Racing in his second year of Formula Renault next season.

After finishing second in French F4 in 2015, the Franco-Argentine?came fifth in both the Eurocup and NEC standings in his rookie campaign with Tech 1 Racing.

He won three races in total, all in wet conditions: the Eurocup race in Monaco, at the NEC finale at Hockenheim and the last Eurocup race at Estoril.

After the Estoril victory he switched to Josef Kaufmann Racing for the post-season test at the same circuit, and posted?the fastest time.

The German team won both the Eurocup and NEC titles this year with rookie Lando Norris.

“I’m very happy to announce that I will be racing again in Formula Renault 2.0 Eurocup but this time with Josef Kaufmann Racing,” said 17-year-old Fenestraz.

“I’ve done nearly every winter test with them and we are looking forward to the next season, and I will try to do my best like always.”

Fenestraz’s announcement came just hours after the other Estoril winner Will Palmer revealed he would?continue with R-ace GP for another year in 2017.

The pair are the only drivers from this year’s Eurocup top 10 likely to stay in the category next year.