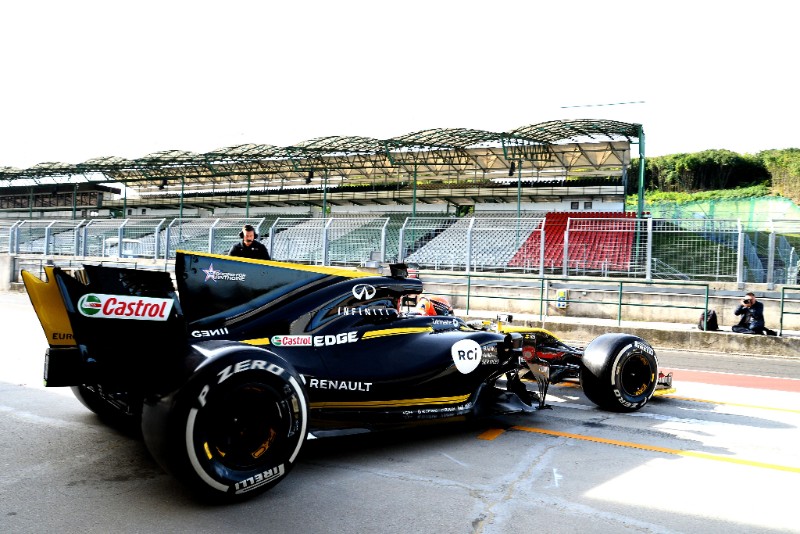 For Formula 2 racer Zhou it was part of an ongoing test schedule he has been conducting with the team since switching allegiance from Ferrari’s young driver programme at the beginning of this year. His latest run in the car occurred at the Hungaroring.

Fewtrell and Lundgaard, team-mates at ART Grand Prix in FIA Formula 3 Championship, were both getting their first taste of contemporary F1 machinery on a circuit and in test conditions, having only previously done demonstration runs.

“Words can?t describe what this thing was like to drive,” Fewtrell said. “It was a dream come true today to drive an F1 car at full blast around a track, huge thanks to Renault for the opportunity and it?s time to refocus on F3 and get some more trophies.”

Lundgaard’s time in the car came concurrently with Zhou’s at the Hungaroring and took place earlier this week.

“Today was a good day with a childhood dream coming true: driving a Formula 1 car on a race track,” commented Lundgaard.

“I’ve done some demos before in F1 machinery but nothing can compare to this. I’m pretty pleased with the day in general, I kept it on the black stuff, which was important and completed a lot of laps. I felt comfortable straight away, which was pleasing.

“It was unbelievable driving down the straight for the first time and then feeling the brake power the car has. Hopefully, one day, I will drive a current car with my name on it and do all the races.”