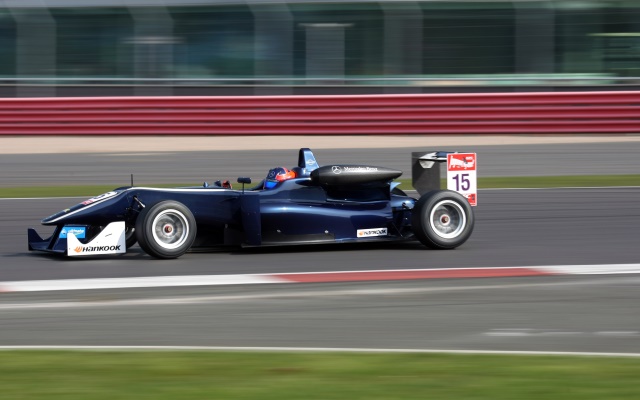 Eurointernational will run two new drivers at this weekend’s FIA F3 European Championship round at Monza, in the form of Facu Regalia and Artur Janosz.

The Italian squad has had a disrupted start to the season, and the departure of Marvin Kirchhofer before he had even turned a wheel in anger has now been followed by that of Nicolas Beer, who raced at Silverstone at Hockenheim but missed Pau.

The team ran a sole entry for F3 debutant Gustav Malja at the French event, and will now field two different drivers again at Monza.

Regalia has been competing in Auto GP so far this season, sitting second in the standings after last weekend’s round at Silverstone. The Argentine finished runner-up in GP3 in 2013 after two years racing F3 machinery – one in the now-defunct Italian series and one in the Spanish-based Open championship, as well as a one-off appearance in the old Euro Series at the end of 2011.

Regalia has worked with Eurointernational before, contesting his rookie single-seater season in Formula BMW Europe with the squad in 2008, as well as winning twice on an appearance in the Pacific series a year later.

Polish driver Janosz is racing in GP3 this year, and spent 2013/14 in Euroformula Open and finished runner-up in the standings last year.

Both drivers stand to benefit from the pre-event test that will be held at Monza on Wednesday.