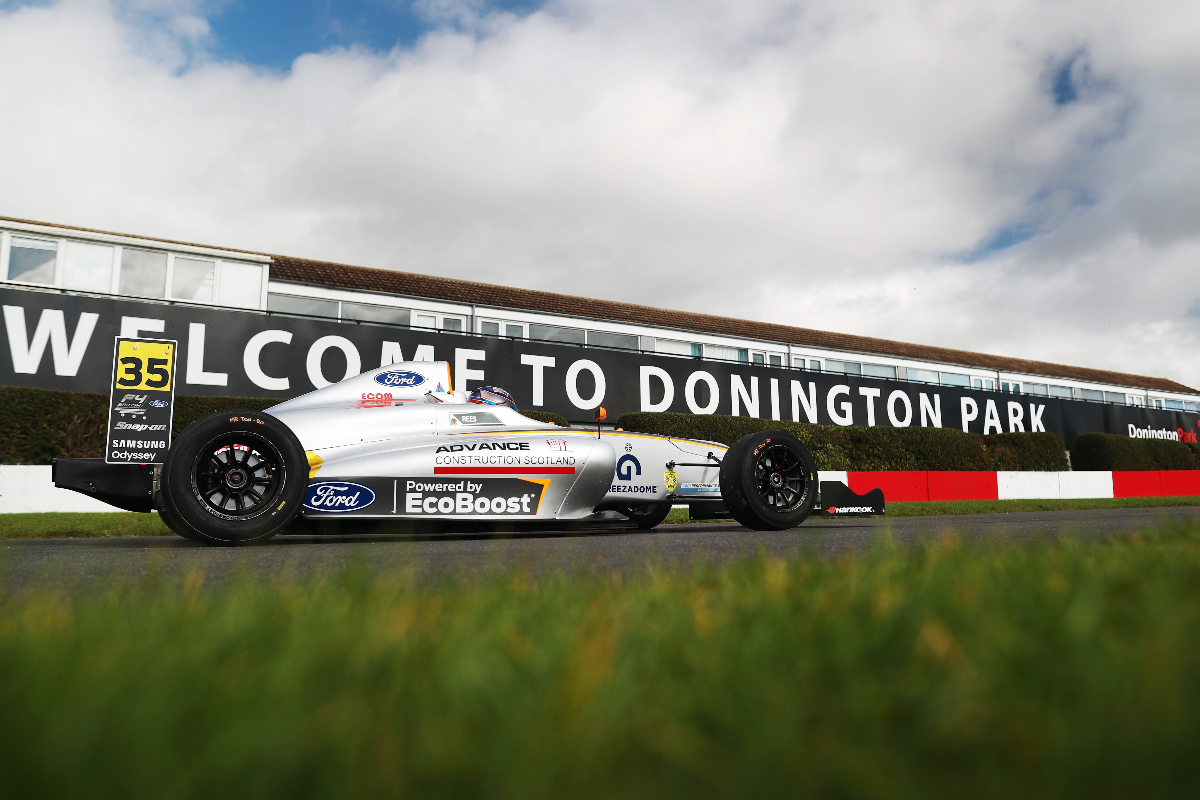 Matthew Rees picked up two pole positions for the penultimate round of the British Formula 4 season at Donington Park.

With multiple drivers having laps deleted for exceeding track limits, the provisional holder of pole changed hands multiple times throughout qualifying, but it was JHR Developments’ Rees on top when the chequered flag fell.

Rees topped the times early on and was top of the order through much of the first half of the qualifying session. His team-mate McKenzy Cresswell was the first to dislodge him from the top spot, but had his time deleted. Joseph Loake had a similar fortune when he topped the order.

In the closing stages of the session, Cresswell managed a 1m08.083s lap which wasn’t deleted, but the time was pipped moments later by Rees.

Rees ended the session with a 1m07.872s lap, two tenths of a second quicker than Cresswell’s best. His second-fastest time was also enough to put him on race three pole ahead of Cresswell.

Aiden Neate was third quickest, having briefly gotten to within 0.003s of provisional pole position before the final flurry of flying laps.

Loake made it three JHR Developments cars in the top four as he ended the session just 0.007s ahead of fifth placed Joel Granfors.

Championship leader Matias Zagazeta could only go eighth quickest, behind Eduardo Coseteng and Dougie Bolger, though he faired a little better when it came to second-best laptimes, placing sixth for race three.

David Morales takes pole for the reversed grid race two, with Cameron McLeod starting alongside him.