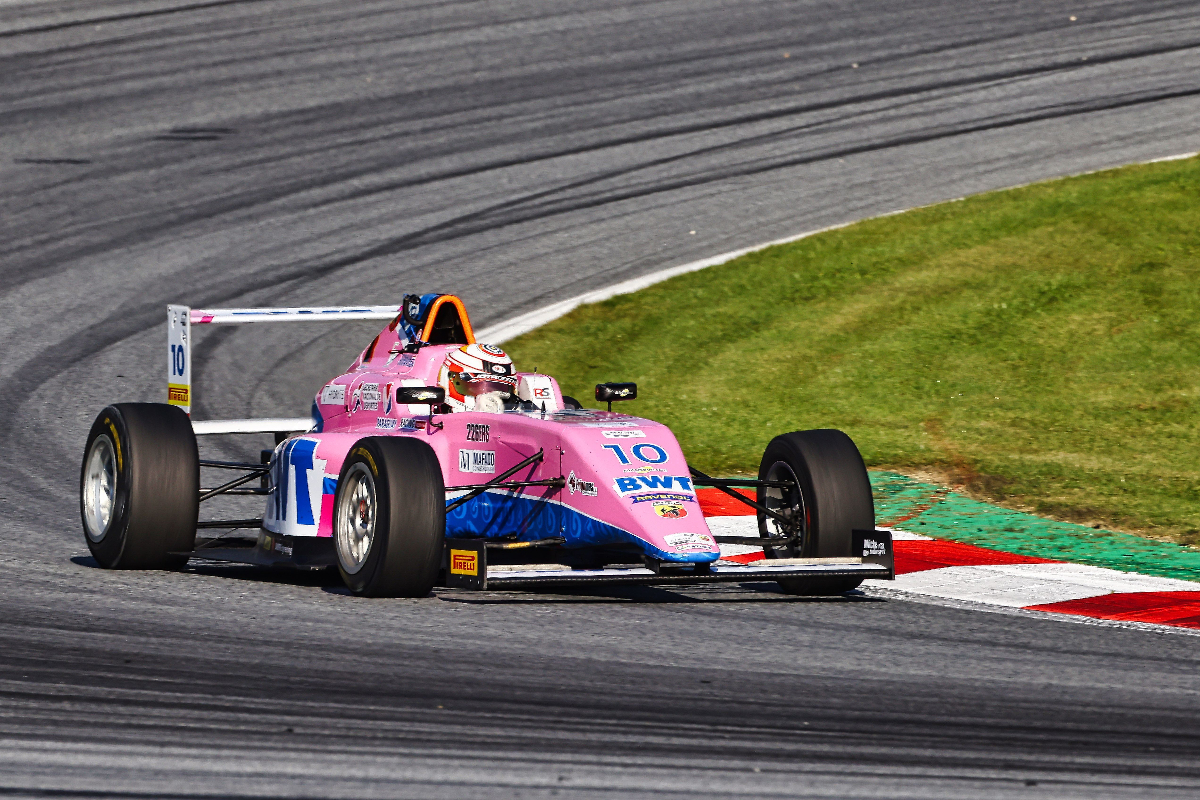 Mucke Motorsport’s Joshua Duerksen returned to the top of the Italian Formula 4 podium with victory in the weekend opener at Mugello.

Joshua Dufek took pole, and the Van Amersfoort Racing driver led the opening lap which was interrupted by a safety car period after Iron Lynx’s Leonardo Fornaroli lost his front wing while challenging him for the lead and also after Samir Ben (Jenzer Motorsport) and Hamda Al Qubaisi (Prema) crashed into the gravel.

The race was declared wet at that point, and green flag action didn’t resume until lap five. Duerksen immediately attacked Dufek for the lead, and got it done long before the first proper corner of the lap. He also pulled away quickly too, but pushing too hard led to some wide moments and allowed Dufek to get back through.

Prema’s Sebastian Montoya almost got past Duerksen too, but as he hassled him for second place they were both passed by championship leader Ollie Bearman.

It took a few laps for Duerksen to start attacking again, but when he did he was quick to occupy Bearman’s mirrors and he cleared him before the first kink. Once clear of Bearman he took fastest lap and hunted Dufek down, while Bearman and Montoya almost made contact as the latter went through.

Duerksen came to the rear of the leader with three laps of the 16 in the race to go, and he got his move done a lap later taking the wide line down the crest before the first proper corner.

Dufek and Montoya completed the podium, while Bearman dropped back significantly and just held off VAR team-mate Nikita Bedrin for fourth.

Kirill Smal passed Bearman’s main title rival Tim Tramnitz for sixth, while Mercedes-AMG Formula 1 junior Andrea Kimi Antonelli raced hard against his Prema team-mte Conrad Laursen and finished behind him in 10th in what was his fourth single-seater race.

Fornaroli recovered places after pitting on lap one to replace his wing, but later retired in the pits.