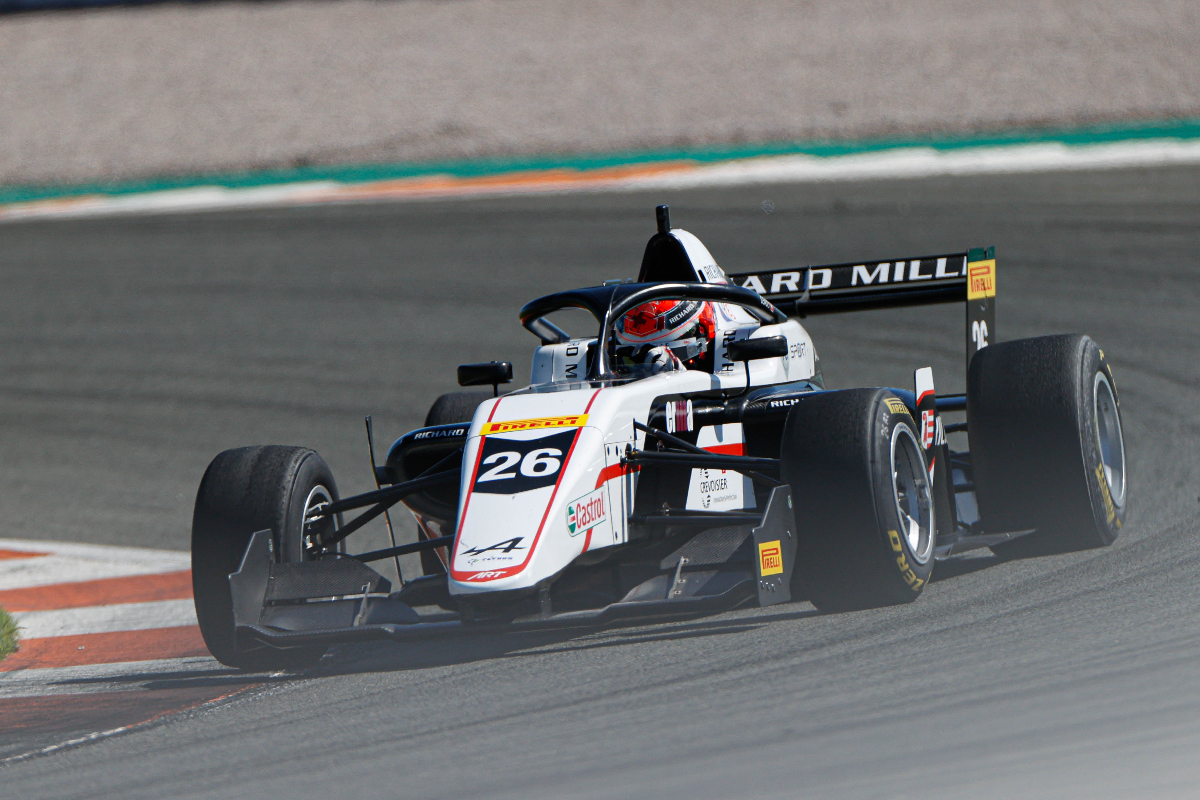 ART Grand Prix driver Saucy was crowned with three races to spare by finishing fifth, after taking eight wins and eight poles this season so far.

Aron and Prema team-mate Dino Beganovic started on the front row of the race, but Beganovic was punted out at the opening corner in an incident involving MP Motorsport’s Franco Colapinto and Van Amersfoort Racing’s Mari Boya.

That incident led to the safety car being called out for the early laps, and it was G4 Racing’s Michael Belov who led the restart after passing Aron on lap one before the safety car boards were shown.

Aron didn’t let him get away though, and passed him all the way around the outside of turn one. From there he maintained a gap of half a second to a second over the Russian until the safety car was called out again due to DR Formula’s Emidio Pesce and KIC Motorsport driver Nico Gohler coming together on the run to the opening corner.

The field were let free for one more lap of racing, and Aron nailed the restart to win. David Vidales, who made up four places on lap one, finished third while Arden’s William Alatalo passed ART Grand Prix’s Saucy on the last lap for fourth.

That result was still enough for the Swiss to become champion though, as all of his rivals finished outside of the points.

KIC’s Jasin Ferati had a scary mid-race spin but somehow wasn’t collected by anybody, while Arden’s Nicola Marinangeli almost had a last-lap crash when he ran wide.