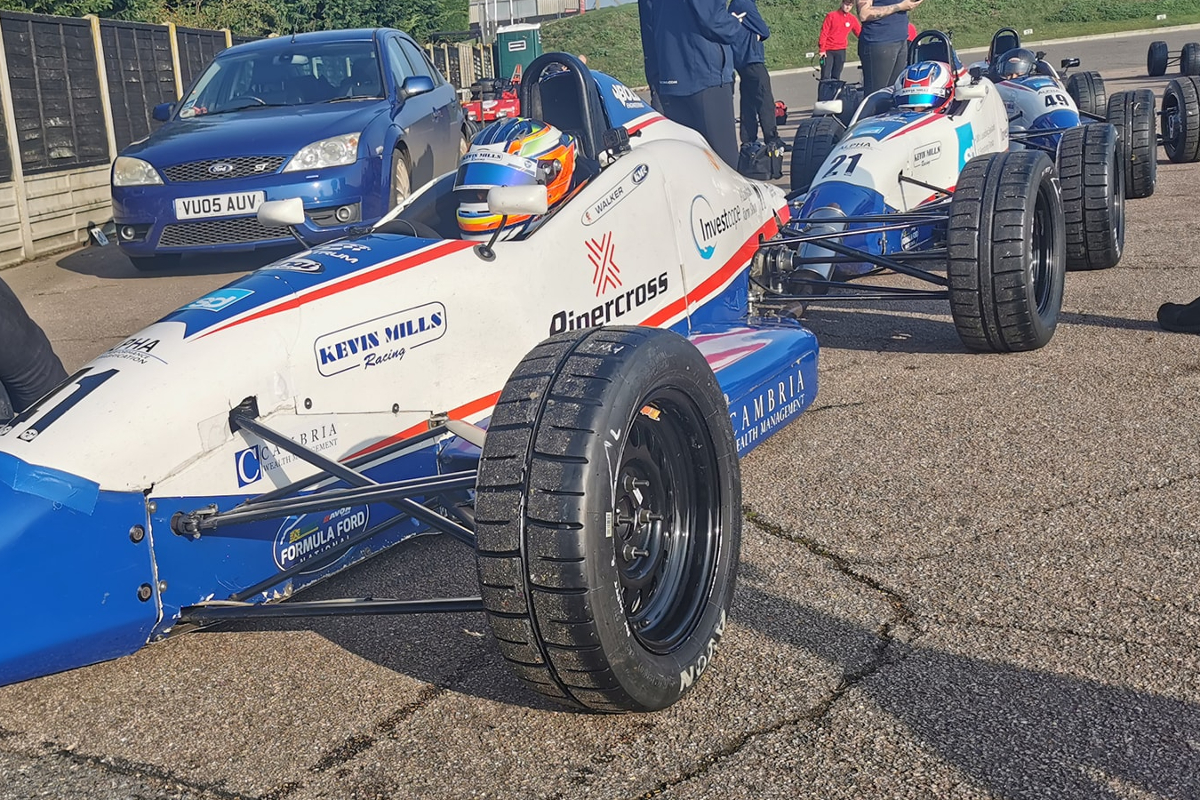 The Kevin Mills Racing driver was jumped from pole by title rival Chris Middlehurst, and he tried coming back at him at the Agostini hairpin but couldn’t find a way through.

His own team-mate Thomas Mills then put him under pressure on the next lap, which gave Walker the hurry up he needed to attack Middlehurst on lap three of eight.

He dived down the inside of Riches and reclaimed the lead, while just behind Jamie Sharp got shuffled back from the five-car lead train. Later around the lap Mills passed Middlehurst too.

The KMR one-two didn’t last too long, but Walker was safe up front, as Middlehurst got by Mills for second at the Montreal hairpin a lap later. At the exit of the corner there was a skirmish as Middlehurst tried to stay in touch with Walker, and instead Mills got back ahead near Nelson corner.

Sharp had recovered to make it a five-car lead group again, with less than a second covering the quintet, but on lap six of eight there was a moment where Middlehurst got boxed in during battle and he ended up dropping to sixth.

His cameoing team-mate Niall Murray, the 2018 champion, moved into second place as Mills also got compromised. He had a podium finish in the bag until he took it to Murray, with the result from their side-by-side antics being Mills dropping to fourth behind Sharp.

This all allowed Walker to creep away for a crucial win that, on current dropped scores, puts him in a position to wrap up the title in the next race. Murray’s guest driver status meant Sharp picked up the points for second ahead of Mills and Middlehurst.