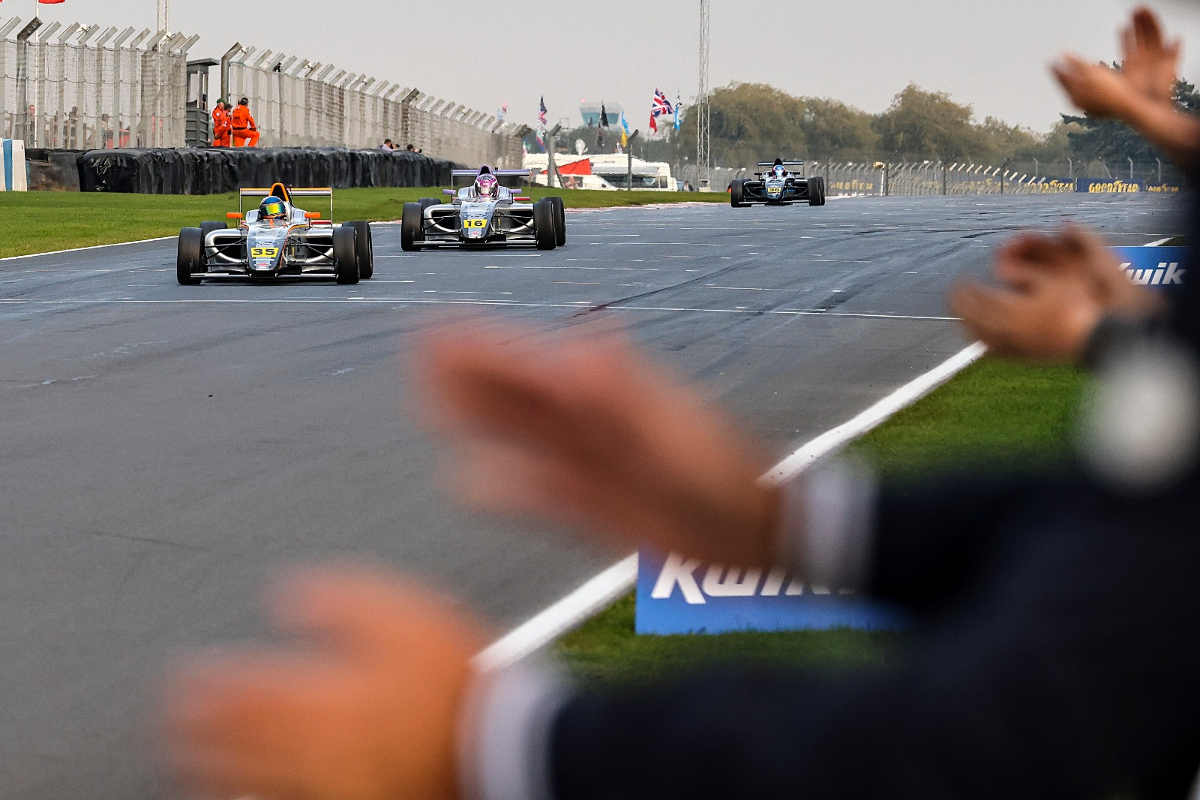 Matthew Rees took a lights-to-flag victory in race one of the weekend at Donington Park to move level with the British Formula 4 points lead.

The rookie held off JHR Developments team-mate McKenzy Cresswell after getting a good start from pole position and then extending a gap of just over half a second to Cresswell behind.

Cresswell managed to shake off the battle for third place and gradually closed the gap down over the course of the race.

Despite a handful of lock-ups early on for Rees, Cresswell couldn’t get close enough to challenge the race leader, and finished 0.4s back.

The biggest mover early on was Eduardo Coseteng, who climbed up from fifth to third on lap one. He couldn’t keep pace with the frontrunners, but had a decent gap back to Joseph Loake behind as he battled with Aiden Neate for position.

Neate had initially held fourth ahead of Loake, but the JHR driver found a way past after running side-by-side with Neate. Loake was stopped from catching Coseteng as he was forced to defend against Neate, but ultimately came out on top.

Instead, Marcos Flack and Dougie Bolger completed the top 10.