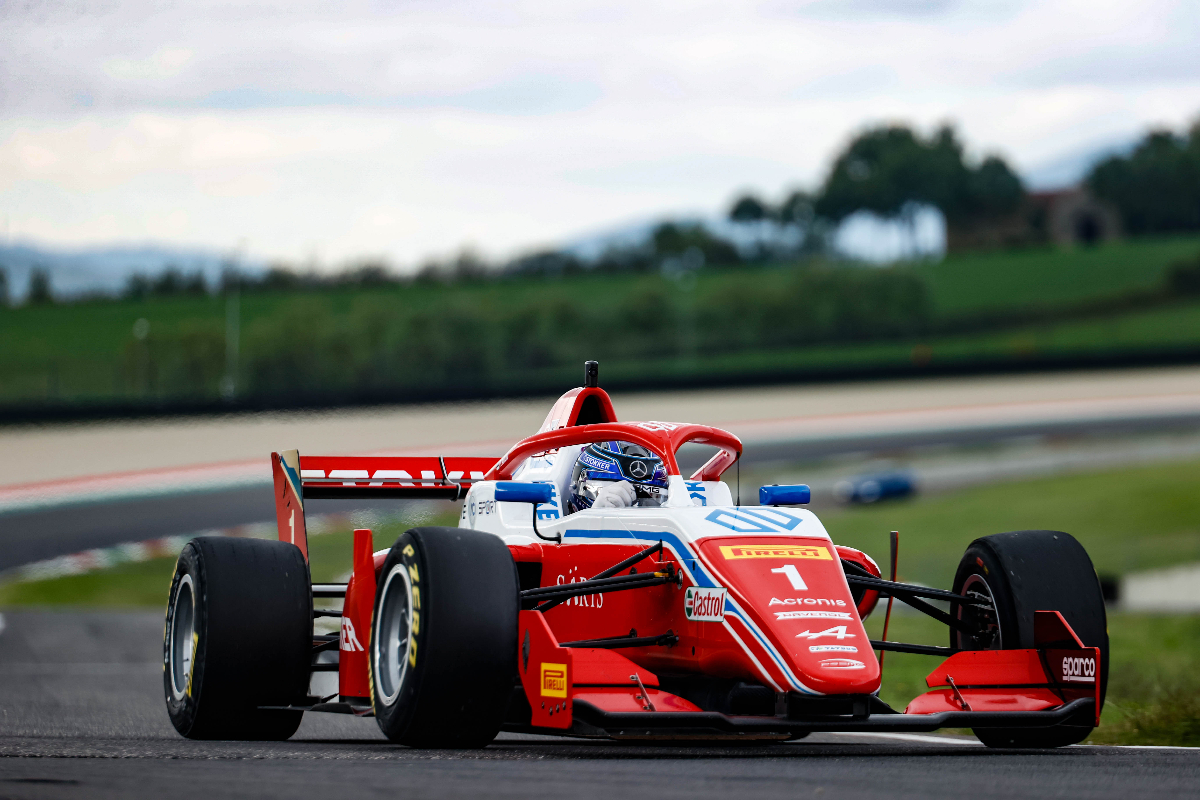 Over half the session ticked by before any representative laps were set as drivers struggled to get their tyres up to temperature.

This meant the last 10 minutes featured a flurry of attempts, before qualifying was brought to a premature end by KIC Motorsport’s Jasin Ferati, who beached his car in the gravel.

It was Aron’s team-mate Dino Beganovic who set the first lap in the 1m42s, as Prema continued its form from Saturday.

However, laptimes continued to tumble as the tyres reached their operating window, and pole changed hands six more times over the next two flying laps before it settled with Aron, the only driver to get in the 1m41s.

Beganovic ended up third, one of the six drivers to sit in first place across the final two laps, ahead of MP Motorsport’s Franco Colapinto, while Van Amersfoort Racing’s Mari Boya secured fifth.

Michael Belov only went 0.017s slower than his time in qualifying yesterday, but will start three places further back in sixth, just ahead of MP’s Kas Haverkort.

Pietro Delli Guanti briefly held pole on his fifth flying lap, but eventually found himself in eighth, 0.001s ahead of the lead R-ace GP car of Hadrien David.

Gabriel Bortoleto rounded out the top 10 for FA Racing, but there were disappointing sessions for Zane Maloney (R-ace GP) and David Vidales (Prema Powerteam) who were 16th and 20th respectively.

The two drivers in contention for the rookie title, Gabriele Mini and Isack Hadjar, will start one place apart in 12th and 13th.