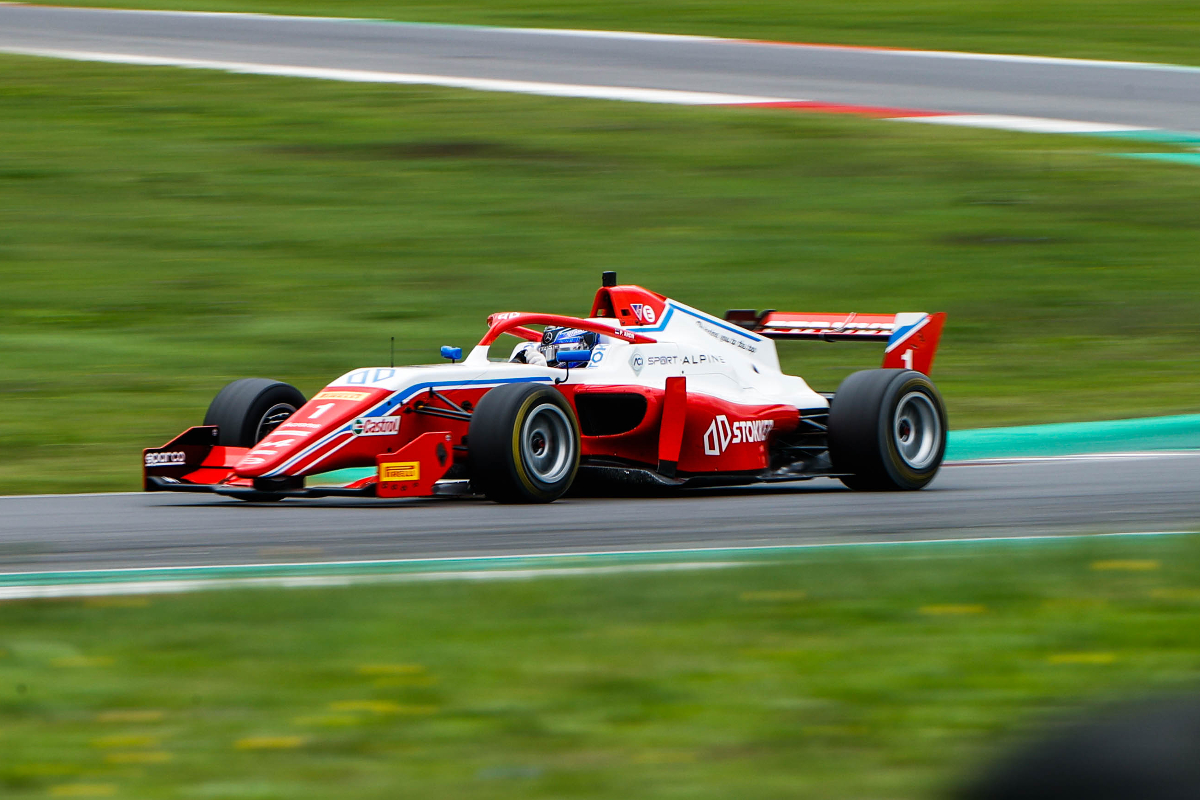 The Estonian was the fastest driver in free practice, and he continued that form into Q1 although it was KIC Motorsport’s Jasin Ferati who provisionally held pole position for almost half of the 20-minute session.

He was shuffled off top spot by G4 Racing’s Axel Gnos with 11 minutes to go, then MP Motorsport’s Franco Colapinto set a 1m43.054s to send himself to the top and just ahead of team-mates Kas Haverkort and the guesting Dilano van’t Hoff.

Their occupation of the top three didn’t last long, as a minute later Aron went fastest with a 1m42.223s lap, just under a tenth of a second faster than Prema team-mate Dino Beganovic.

While several different drivers disputed third and fourth place, nobody could get close to the top two, and Aron then lowered the benchmaek to a 1m42.112s.

It remained unbeaten for the final third of the session, while Beganovic did improve on his personal best to ensure he got second place.

G4’s Michael Belov was very close behind in third, and at the chequered flag Mari Boya took fourth for Van Amersfoort Racing.

Colapinto ended up qualifying fifth, ahead of the main title contenders Hadrien David (R-ace GP) and Gregoire Saucy (ART Grand Prix) who did improve their times late on but not their grid positions.

William Alatalo (Arden), David Vidales (Prema) and Gabriel Bortoleto (FA Racing) rounded out the top 10, with Vidales and Bortoleto setting identical personal bests but Vidales getting to start ahead as he set his first.