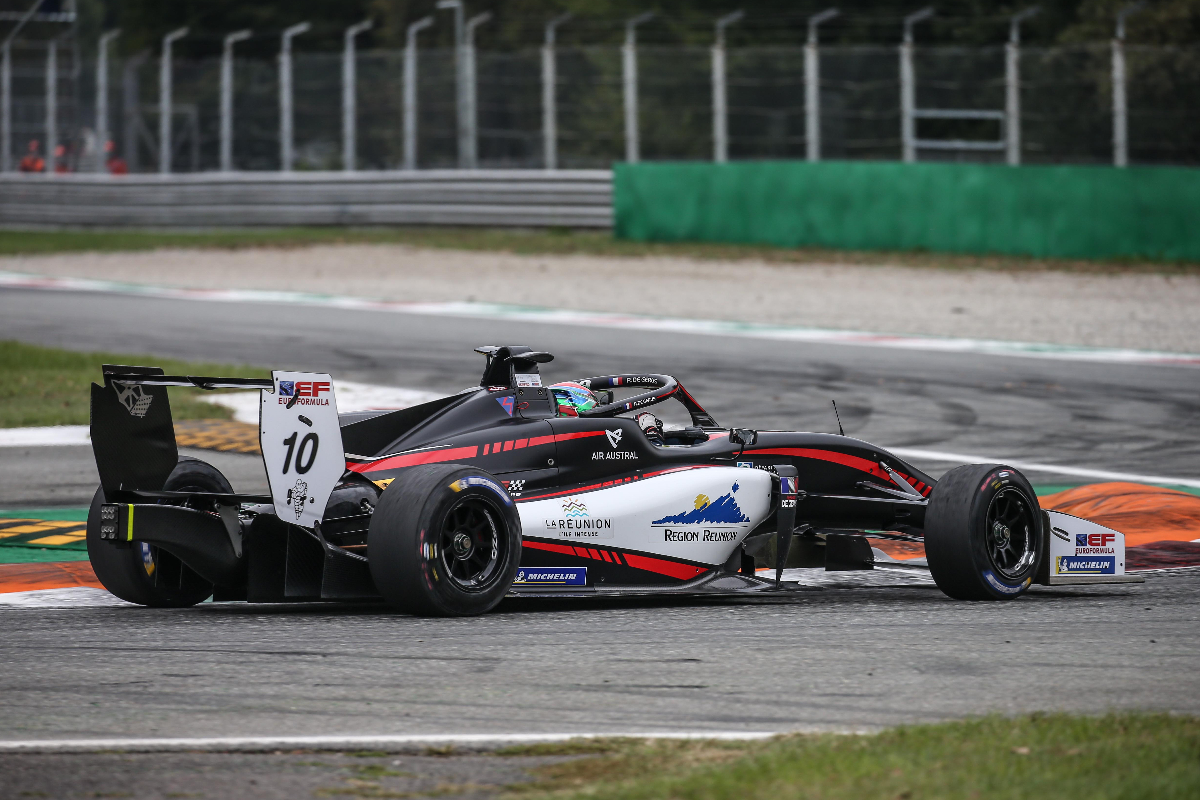 Euroformula is going to follow Formula 1 and Formula 2 in increasing the size of its wheels and tyres, with a switch to 17-inch diameter tyres agreed for 2023.

F2 moved from 13-inch to 18-inch tyres last year, while F1 delayed its move to next year due to the pressures of the COVID-19 pandemic and lack of a test car.

The size increase for Euroformula coincides with the end of the first three-year cycle of the Dallara 320 it introduced in 2020. At the same time as adopting larger wheels, it will recieve a body kit upgrade to meet a ‘323’ spec.

A series statement read: “Dallara’s update kit will aim to keep the 320 car’s aerodynamic efficiency, performance and weight as close to current levels once the wheel diameter is increased, with computational fluid dynamics work and co-operation with all of the parts suppliers in the series to make the car more competitive than ever and to retain Euroformula’s status as one of the fastest racing series in Europe.

“The research phase of the project has recently started, with design and testing to follow during the winter and most of 2022.”

Michelin, which will continue as Euroformula’s sole tyre supplier until at least the end of 2024, instigated the change so its future racing tyres would be more representative of road-going rubber and automotive trends such as larger wheels.

According to Euroformula’s statement “there will be a new compound developed that will reflect advances in road-going rubber” from Michelin.

Formula Scout understands that Super Formula Lights will not adopt the bodykit at the same time as Euroformula, and to do so at a later date would be dependant on its tyre supplier Yokohama agreeing to developing all-new tyres or to switch to Michelins.