After an impressive first season in Formula Renault, Daniil Kvyat is staying in the category for a double title assault. And his year got off to a good start with a double win in Monza…

Last year Daniil was beaten to the Formula Renault NEC title and the runner-up spot in the Eurocup by Red Bull Junior stablemate Carlos Sainz Jr, a driver I admire considerably here at PaddockScout. But while Sainz has been given the chance to race in British F3 this year, Daniil remains in Formula Renault for a second season, and a dual attack on the Eurocup and Alps championships.

And being still only 17 years old, he certainly has time on his side.

Daniil emerged as a leading talent in karting in 2008, having earlier moved to Italy to further his career – where he still lives today. That year he finished third in the European KF3 Championship, finished second to Sainz in the Asia-Pacific Championship and won the Bridgestone Cup, Silver Cup and Tourneo Industrie titles. The following? year he was again third in the European Championship behind Sainz and Nyck De Vries, and was second behind De Vries in the WSK International Series. He claimed victory in the Trofeo Andrea Margutti and South Garda Winter Cup. 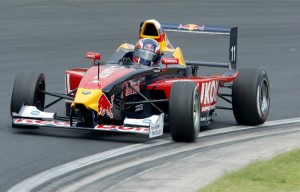 Together with Sainz he made an early jump to single-seaters at the age of 15 in Formula BMW in 2010. In his main programme Formula BMW Europe he finished tenth overall with just one podium finish in the final race of the season at Monza. He also contested some rounds of the Pacific series, winning two of the eight races he entered, both coming at Sepang.

Daniil had a busy off-season, first finishing fourth in the Formula Renault UK Winter Series and then fifth in the Toyota Racing Series in New Zealand. For the remainder of 2010 he would contest the full Formula Renault Eurocup and Formula Renault NEC seasons. He showed a good upturn in form, finishing third in the Eurocup against a strong field, with wins at Spa and the Nurburgring. 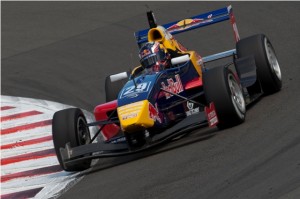 In the North European Cup he was runner-up, bagging early wins at Hockenheim and Spa, before winning five of the final six races. The first two of those came at Most in the Czech Republic, before a monumental triple victory at Monza.

After again finishing fourth in the UK Winter Series at the end of 2011, Daniil returns for a title assault on the Eurocup. He is also contesting the Alps series, and after his triple win at Monza at the end of last season he this time won both races at the legendary circuit to take an early points lead. He looks set to be spraying plenty of champagne during the year ahead of a potential move on up to British F3 next year.

Talent rating: He may have been consistently shaded by Sainz so far in his car racing career, but last year he proved himself to be the best of the rest in Formula Renault and this year should be the class of the field. He further demonstrated his talent with an impressive performance in an FR3.5 test at the end of last season. 8/10

Chances of getting to F1: A strong season this year will get him promoted to British F3, where a good year will then see him move to FR3.5 (assuming Red Bull stick to their usual ladder). If he then performs there then it will just be a case of waiting for his F1 chance to arrive. He needs to keep performing though, as Red Bull are notorious for letting drivers go who do not meet expectations. 8/10 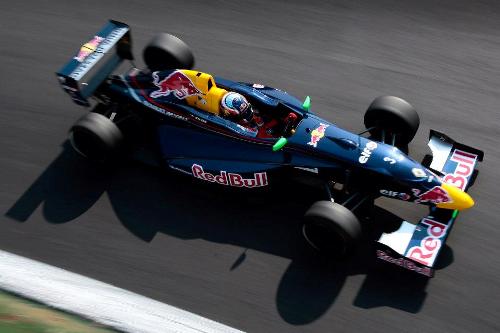