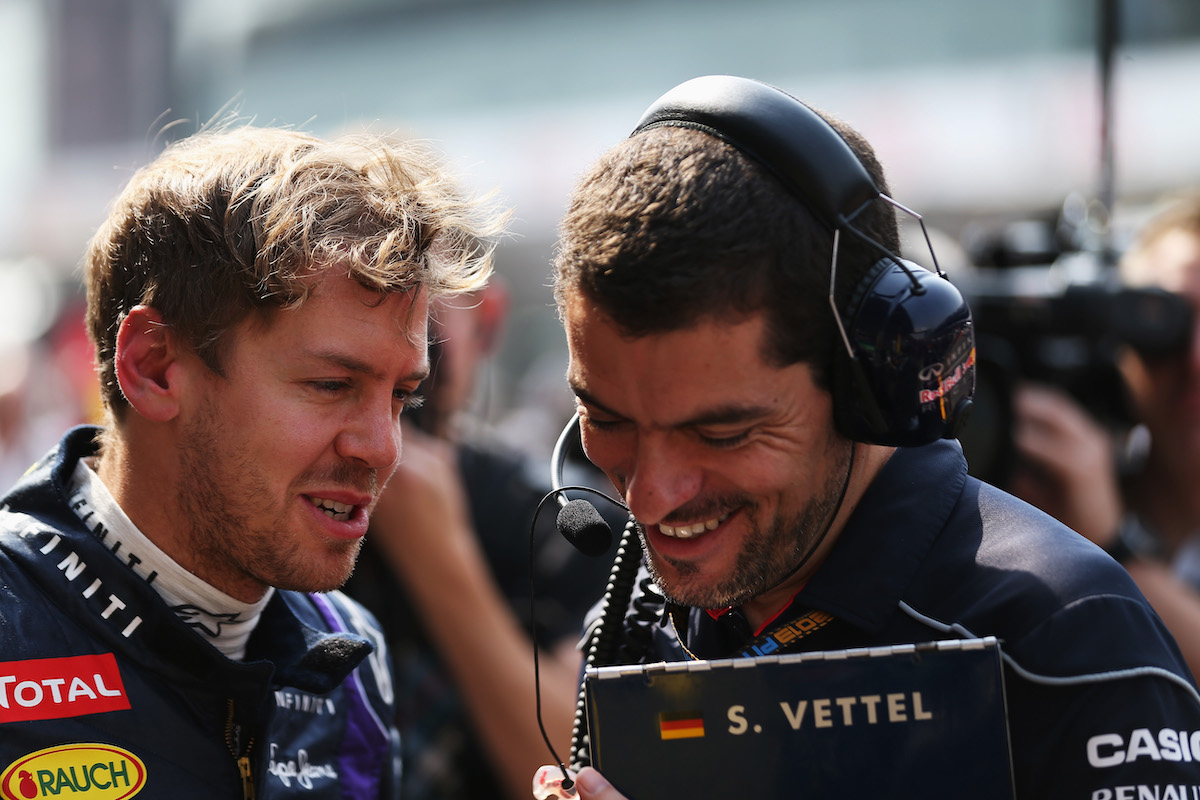 Guillaume Rocquelin, who engineered Sebastian Vettel to his four Formula 1 world championships, is to move into a new role with Red Bull working with its junior drivers.

This weekend’s Australian Grand Prix will be Rocquelin’s final race as Red Bull’s head of race engineering. He took up the position in 2015 after serving as Vettel’s race engineer through his run of consecutive titles, having joined the team in 2006 from Champ Car team Newman/Haas Racing.

“The engineering team is continuing to evolve, and especially as we have to look at efficiencies with the budget cap and so on,” Horner said. “And I think that Rocky has done an amazing job trackside for us over the last 15 or 16 years in race engineering Sebastian to all of his race victories and World Championships, and obviously, leading the engineering team to last year’s success as well.

“He is going to evolve into and take on a new role working with our plethora of young drivers, where we’ll be looking to utilise all his experience from working with so many drivers and with so much engineering background to continue to develop the Red Bull junior drivers and very much take a leading role in that project and how they integrate obviously into Red Bull Racing and applying scientific tools to that as well.”

Gianpiero Lambiase will take up the lead trackside engineering role while continuing to be Max Verstappen’s race engineer.

Red Bull motorsports advisor Helmut Marko is in charge of the Junior Team and there is no suggestion this will change. The team has previously had engineers responsible for driver development, a position held for many years by Andy Damerum until he moved across to its advanced technologies arm in 2020.

Red Bull has five of its junior drivers racing in Formula 2 this year, with two of them – Juri Vips and Liam Lawson – in Melbourne this weekend in their roles as reserve drivers for Red Bull and AlphaTauri respectively. The pair are both set to take part in F1 free practice sessions later this season.