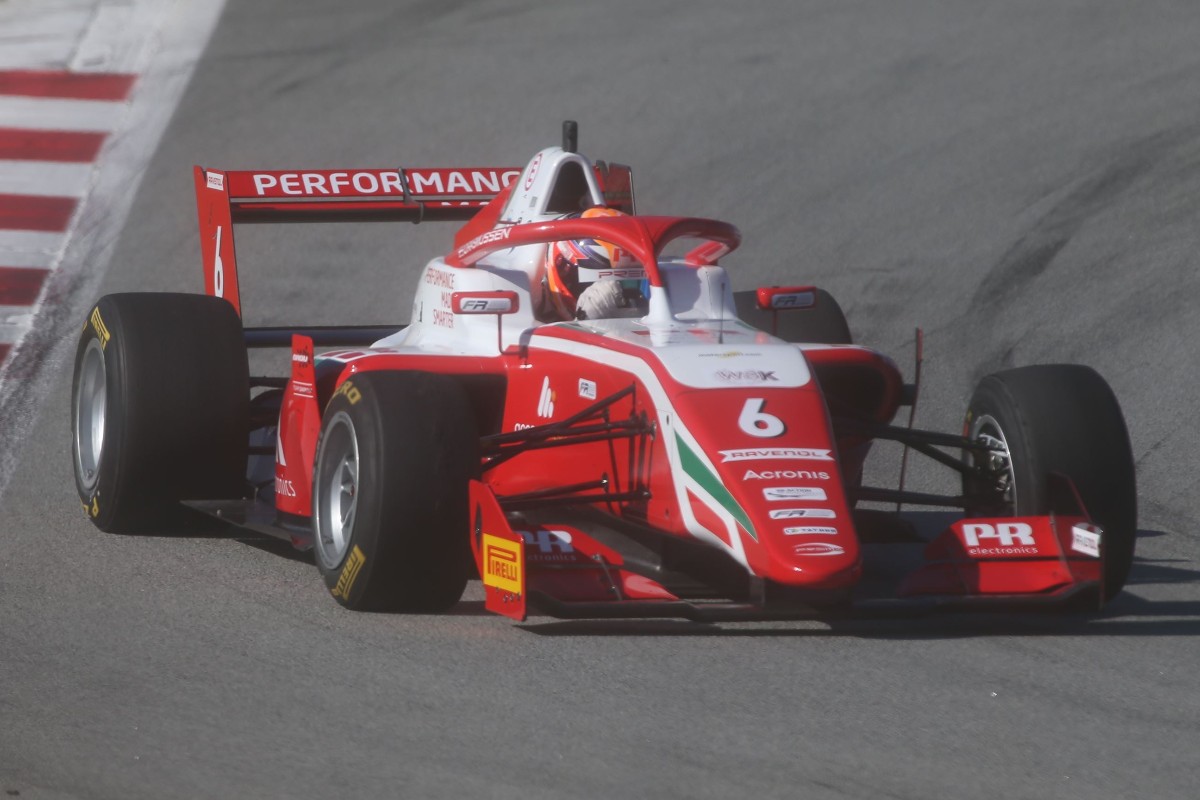 Prema’s Oliver Rasmussen picked up his fourth Formula Regional European Championship win in the opening race of the weekend at Barcelona.

The Dane made up two places off the line as Van Amersfoort Racing had a nightmare start from both of its drivers on the front row.

First-time poleman Pierre-Louis Chovet failed to move when the lights went, while his team-mate Dennis Hauger had never made a start in FREC’s Tatuus T-318 car before and he lost spots to Prema duo Rasmussen and Arthur Leclerc.

Chovet eventually got his car started 30 seconds late, but it didn’t take too many laps for him to make his way onto the rear of the pack.

The front five cars remained together throughout the race, with sixth place going the way of KIC Motorsport’s Konsta Lappalainen after a squabble with Monolite Racing’s series returnee Matteo Nannini that sent him down the order.

Lappalinen then edged closer to the lead group, dragging Chovet with him after the Frenchman made an impressive charge past four cars in the first nine laps.

Rasmussen started to up his pace in the middle of the race, with his lead edging to over a second after the 12th lap of 19.

There was little overtaking besides Chovet’s charge, with Rasmussen being followed home by Leclerc, Hauger, Patrik Pasma (KIC) and Gianluca Petecof (Prema).

Championship leader Petecof is now only three points ahead of Leclerc, with Rasmussen a further 28 points back.

Lappalainen had his mirrors full of Chovet but remained in sixth, with Gillian Henrion not too far behind in eighth. Nannini never recovered after losing spots early on, while Prema’s Jamie Chadwick was off the pace and picked up the final point in 10th place.