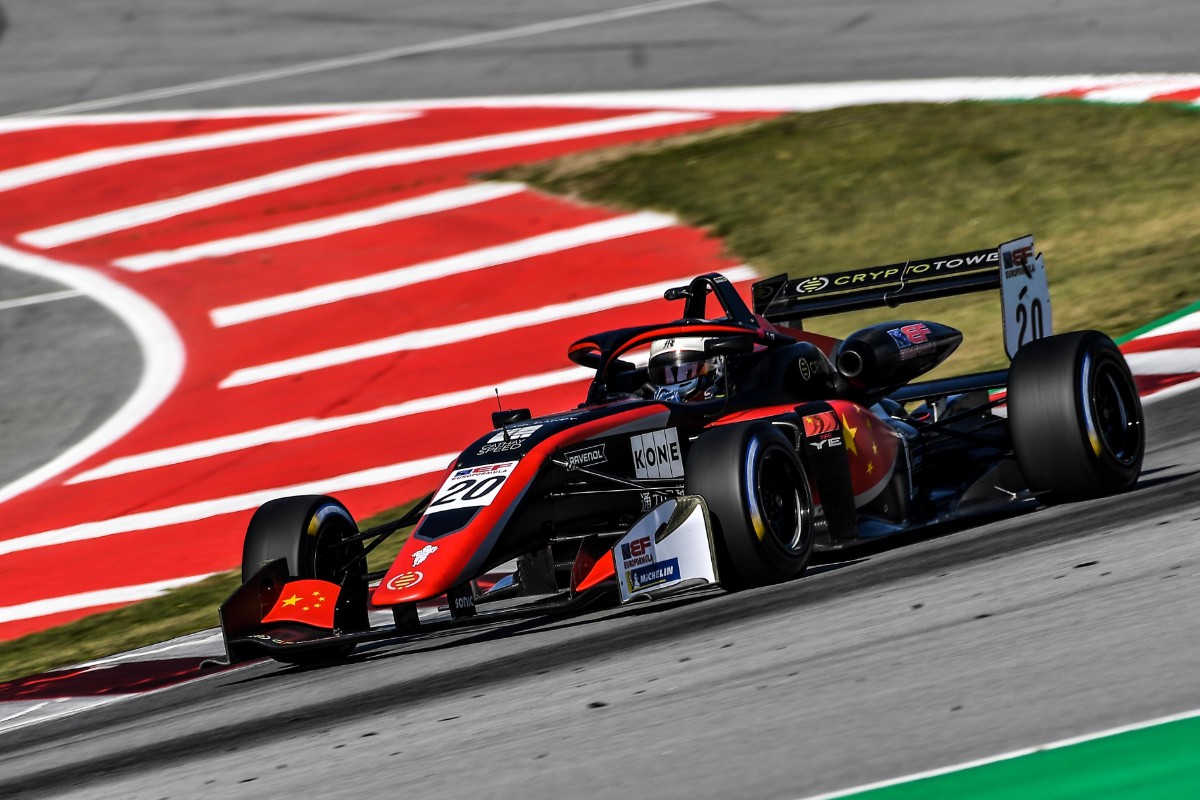 Yifei Ye extended his colossal Euroformula championship lead by another point with pole in the third qualifying session at Barcelona.

The CryptoTower Racing Team driver rose to the top of the times at the end of the first runs, where Motopark’s Manuel Maldonado was his closest opponent, then fended off the challenge of Van Amersfoort Racing’s Estner brothers on the second runs.

Andreas Estner was on provisional pole, and looked set to improve, until he went wide out of Turn 15 on his penultimate effort. In addition to ruining his lap, breaking track limits also meant it denied him an opportunity to go faster next time around too.

His younger brother Sebastian continued the challenge to Ye but ended up 0.231 seconds short of pole and on second place on the grid for race three.

Ye’s team-mate and title rival Lukas Dunner didn’t complete his final lap, instead choosing to go to the pits, and was 0.013s slower than Estner in third.

Double R Racing’s Louis Foster continued his strong start in the series, having won in his debut weekend at Spa-Francorchamps, by qualifying fourth. His debuting team-mate Matthias Luethen showed improved pace and was 2.180s off the pole time.

Maldonado and team-mate Cameron Das qualified fifth and sixth, with Andreas Estner falling to seventh after his mistake. Rookie title leader Niklas Krutten was eighth fastest in the third of the Motopark-run cars, with Carlin duo Ido Cohen and Zane Maloney completing the top 10 after Maloney set the pace early in the session.