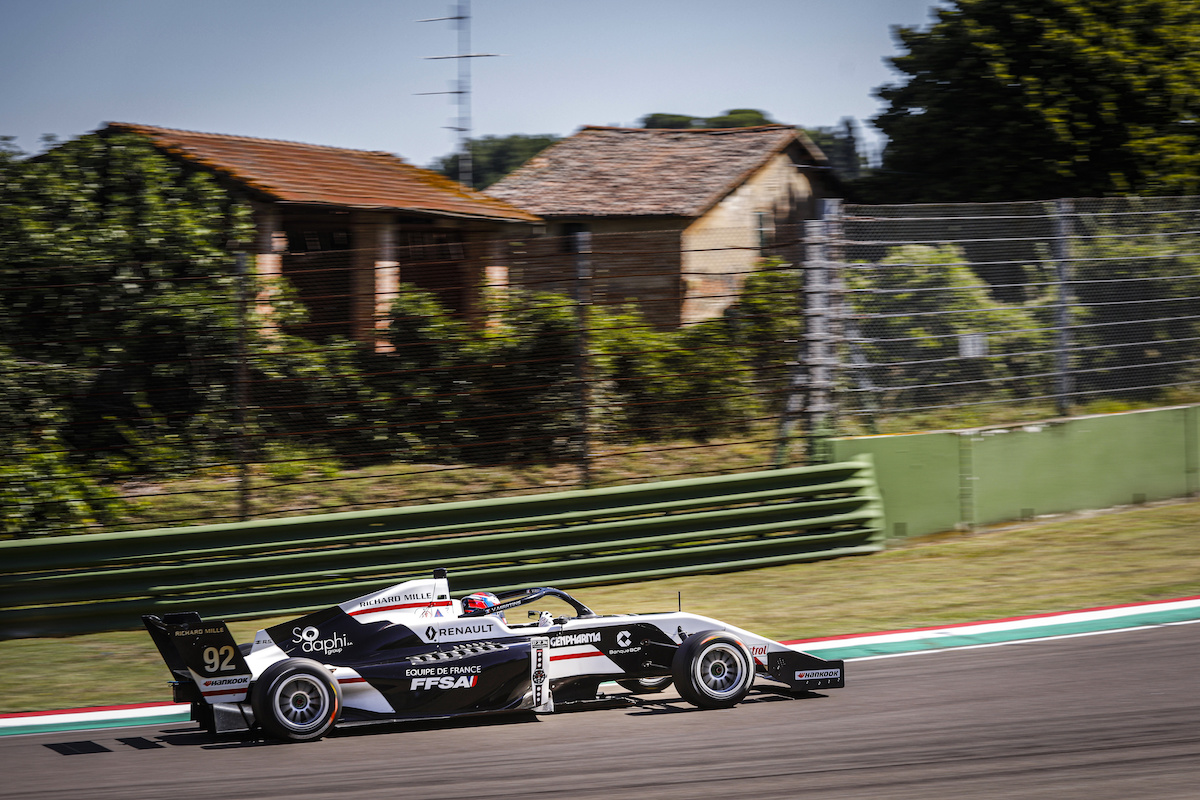 The ART Grand Prix driver put in a last minute flying lap to edge out Franco Colapinto with a 1m40.785s lap time.

Martins set the pace early in the session, but wouldn’t remain top of the order throughout. Team-mate Paul Aron, title rival Caio Collet and Lorenzo Colombo all took turns at the top of the times during the 50-minute session.

However, it was Martins setting the consistent quick times and who was top of the order with five minutes remaining.

Colombo, who had a lap time deleted for track limits, bounced back with a 1m40.898s time just before the chequered flag fell, but Martins and Colapinto were both able to improve on their final lap to knock him down to third.

Collet ended the morning in fourth ahead of David Vidales – who won both races at Imola on his single-seater debut in July.

The session came to a stop after less than 10 minutes when championship newcomer Abbi Pulling ran into the gravel at Villeneuve, bringing out the red flag. Her car was removed and the session resumed with 37 minutes remaining.

After his early stint at the front of the order, Aron dropped back to eighth by the chequered flag, behind team-mate Gregoire Saucy and Alex Quinn.