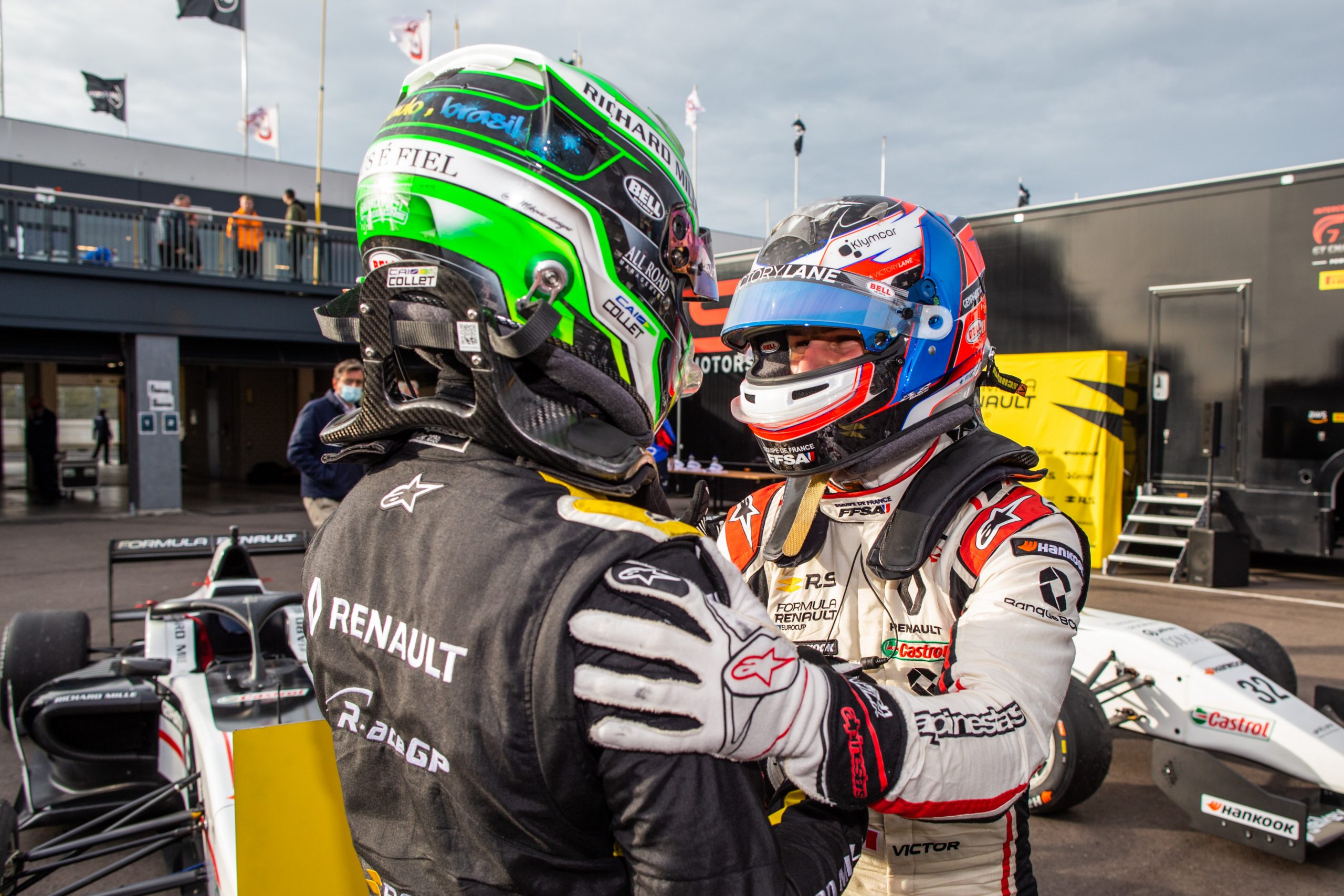 Victor Martins and Caio Collet are pushing each other to new heights in their fight for this year’s Formula Renault Eurocup title. Formula Scout summoned the pair together to ask them some questions

This year’s Eurocup title fight is playing out primarily between two drivers: one is in their third season in the series while the other is a sophomore talent, one currently has the support of the Renault Formula 1 team while the other was shown the door by that outfit at the end of last year, and one is driving for a team that has won the last three titles while the other is racing for a squad that hadn’t raced in the Eurocup in 16 years prior to this season.

There’s a lot at stake for Victor Martins and Caio Collet, and their rivalry will be under the spotlight this weekend as they support Formula 1 at Imola for the Emilia Romagna Grand Prix.

Martins lines up with ART Grand Prix, having raced with R-ace GP and MP Motorsport in his first two seasons and coming just short of beating Oscar Piastri to the 2019 Eurocup title, while Collet has moved into the space left by Piastri as R-ace’s lead driver. In the Imola paddock, the two sat down together (socialled distanced) to discuss their rivalry so far.

You can listen to the interview in our latest podcast, available through Anchor, Breaker, Google Podcasts, Overcast, Pocket Casts, RadioPublic, Castbox, Apple Podcasts and Spotify. 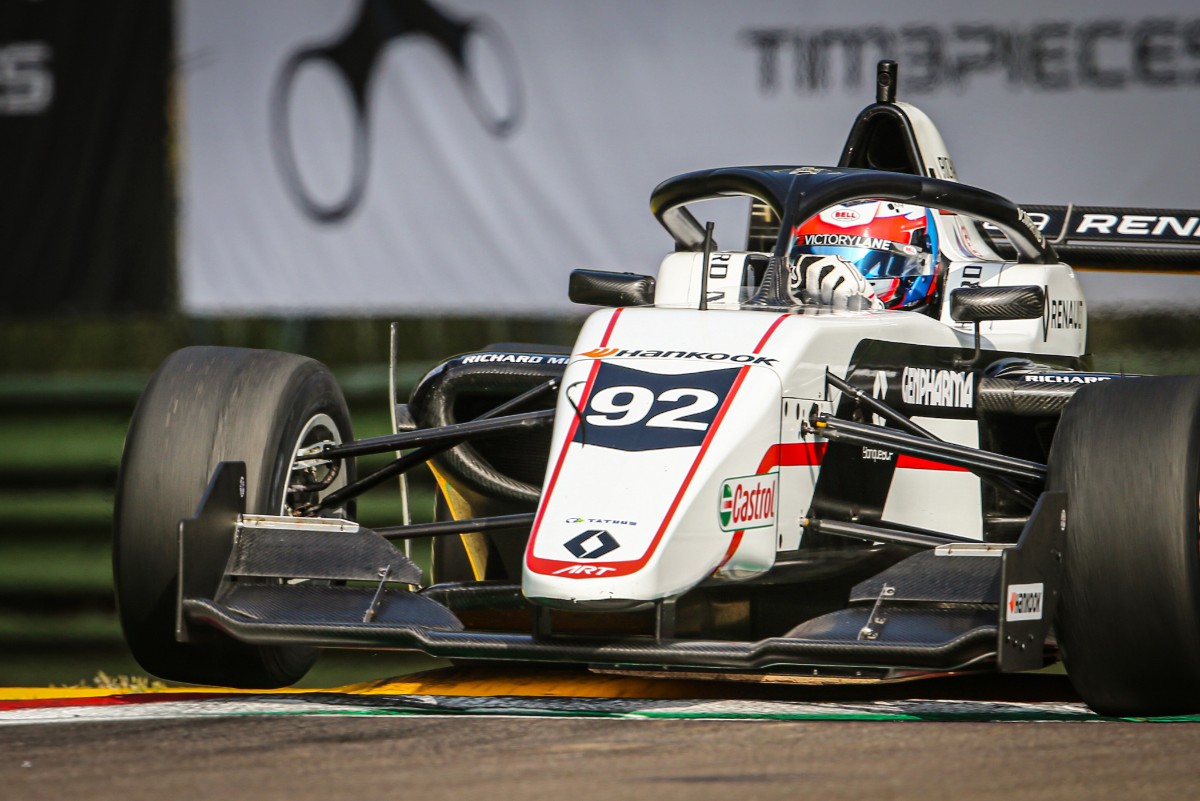 How would you decribe your rival? What’s his biggest strength, and is there’s an on-track weakness you can exploit?
Victor Martins: A funny Brazilian, first. I think his strength is he’s the best at – it’s the same as mine, maybe – like training as much as I do outside of the track. His weakness: safety car restarts, maybe.
Caio Collet: Victor, I think when you leave him in P1, as he showed at Barcelona with no pressure, he’s really, really strong and almost unbeatable. But I think sometimes when you can be close or attack him, like I saw a bit at Monza and some other places, he tends to do small mistakes. It happened at Monza, so I won the race because of that. So I think it’s what I need to exploit a bit more.

What has been the closest race or session between the two of you this year, and any tracks where you feel one of you had a clear advantage over the other?
CC: I think the closest one was qualifying one at Magny-Cours. It was the closest. And I think where he had the big advantage was Barcelona. He was by far the fastest.
VM: For me as well, Magny-Cours, because actually we were struggling a bit. I think R-ace GP and Caio saw that they were quite fast, so I think it was there that he was the best with R-ace and we were maybe not the strongest.

Can you explain why sometimes one of you is stronger than the other?
VM: I don’t know, sometimes it’s maybe because you like more the track or the car is like it’s sticking to the track as well. It depends on quite a lot of things, and as well the mindset of the driver and all that stuff.

Have the same engineer as last year, and has that partnership with them been crucial to your success this season?
CC: Yes [it’s crucial]. For sure I think staying with the same team, they knew my weaknesses and strongest point, especially my weakness we could explore more and work on that. So I think we could do a big progression compared to last year. And that was really important because they knew me really well, I knew them really well, so we know how to work. [My engineer] was with Oscar Piastri last year. So I just stole him. 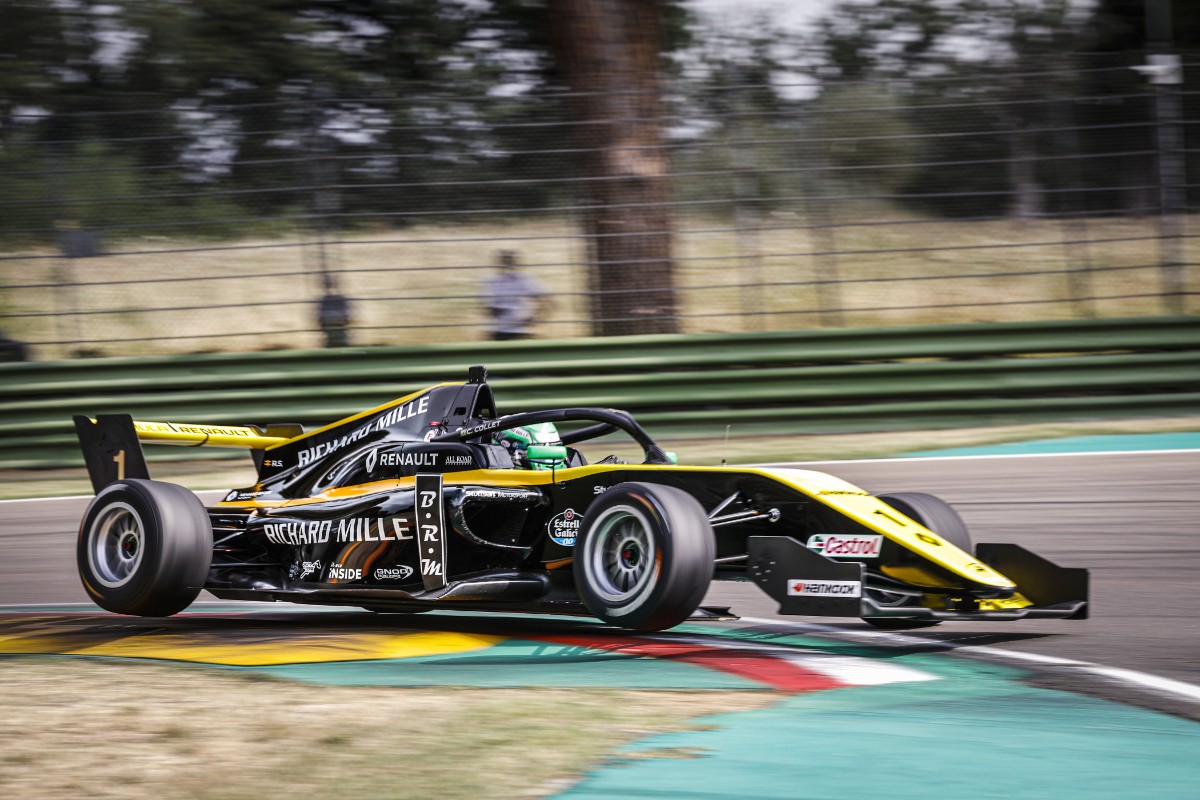 VM: I think my engineer was Alexander Smolyar’s engineer at R-ace GP [in 2019] for half of the year, as he left mid-season. For me it’s a new team, I know them pretty well because Emilien, my engineer this year, was an engineer with AOTech, a simulator company in Paris [used by R-ace GP]. I know them pretty well. I know [ART GP president] Sebastien Philippe, who is my manager as well. The best thing I could do was to discover them as fast as I could at the beginning of the year, and know how they are working. To build a really good relationship and atmosphere to work the best we can.

How much do you feel you’ve improved as a driver since last season?
VM: From my side I think, you know when you’re in your third year it’s just some details, like how you manage the pressure. At the end, I know the car pretty well. Even if it changed after 2018, so for last year, I know the car and now it’s just to know how I manage everything and how I put it all together on the track.

Do you feel like Collet has improved a lot since last year?
VM: Yeah, a lot, I think a lot. He was actually trying to reach top three last year, mainly fighting with Lorenzo Colombo, some other drivers and a bit with us (Martins and Piastri) at the beginning and middle of the season. And now we can see we’re always fighting each other for P1 and P2. I think he’s improved a lot.

Caio, where do you see you’ve improved, and do you think Victor has improved again this season?
CC: I think as he said, for him he just did a bit more details. Even last year he won I don’t know how many races, but in the last few meetings of the season he did all the poles. So I think he was already really good last year, and it was like he said just some details, how he works with the team, how do you put it all together. And me, of course I did a [big] step. As he said, last year I wa fighting quite a lot with Colombo, Smolyar, who was maybe top three, top five. Sometimes with Victor and Oscar, but I think more towards the end of the season, I would say. But this year we are always P1 and P2. I did a step. 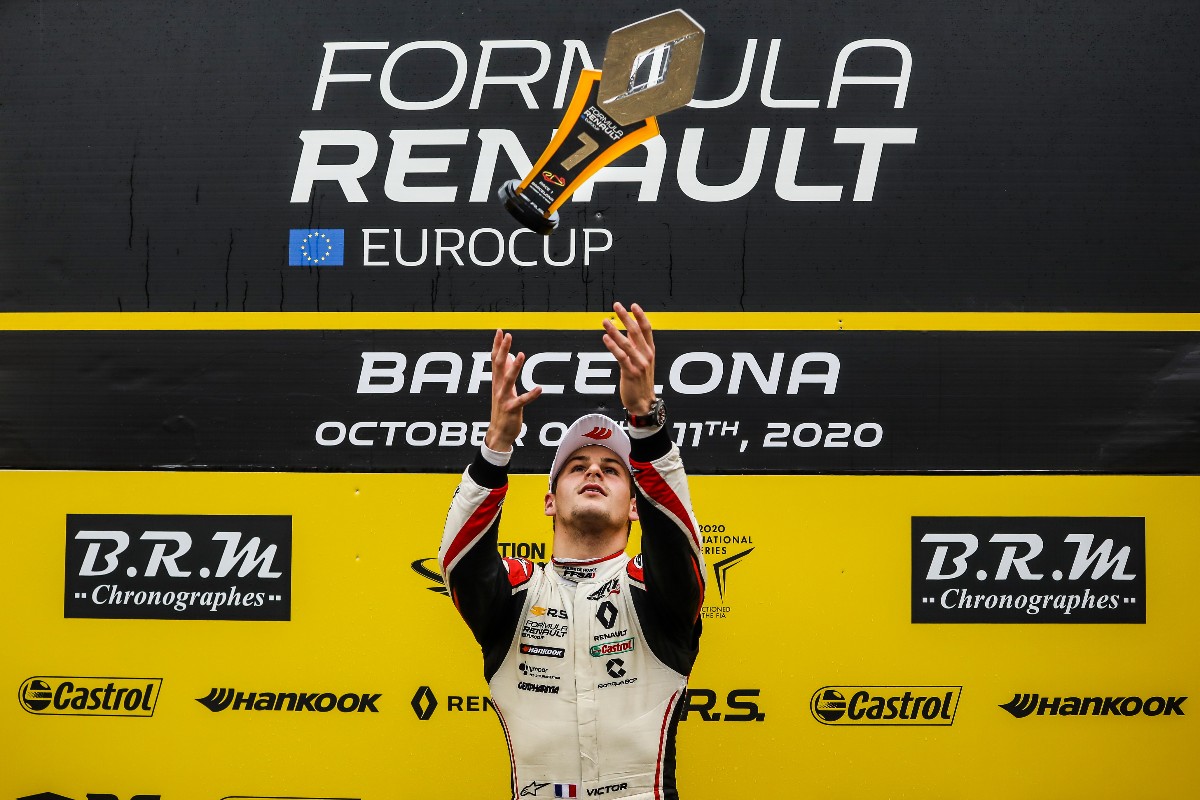 Apart from each other, who else on the grid do you keep an eye on and expect to be challenging you at the front? At Imola, JD Motorsport’s David Vidales? As he won both races here earlier in the year
CC: It depends on the tracks. I think long tracks like Monza or Spa-Francorchamps, it was MP Motorsport with Franco Colapinto. And then other tracks, I think here was JD Motorsport. It depends really on the track. There is not someone who is always P3 or always fighting with us so far.
VM: I think Colapinto has been doing pretty well since the last two weekends. Alex Quinn as well with Arden, they were quite good at Spa. And as you said, JD was really strong here, it depends.

By having a second visit to Imola this year, do you think you can improve the set-up to close in on or beat JD Motorsport this weekend?
VM: Yeah, of course. We have done seven rounds, we’ve all worked a lot on the car, on the balance, on the set-up, so I think it will be really close between every driver. Last time I don’t know if JD were really good, or maybe us we were a bit less better than on other tracks. We will see.
CC: Yeah, I think for sure now oour second meeting here, we know what we did right, what we did wrong. So we can fix that, and of course as he said, we did a lot of races after that so we could improve the car and everything. I think it will be different, for sure they will be really quick like they were at the beginning [of the season], but it will be a bit different.