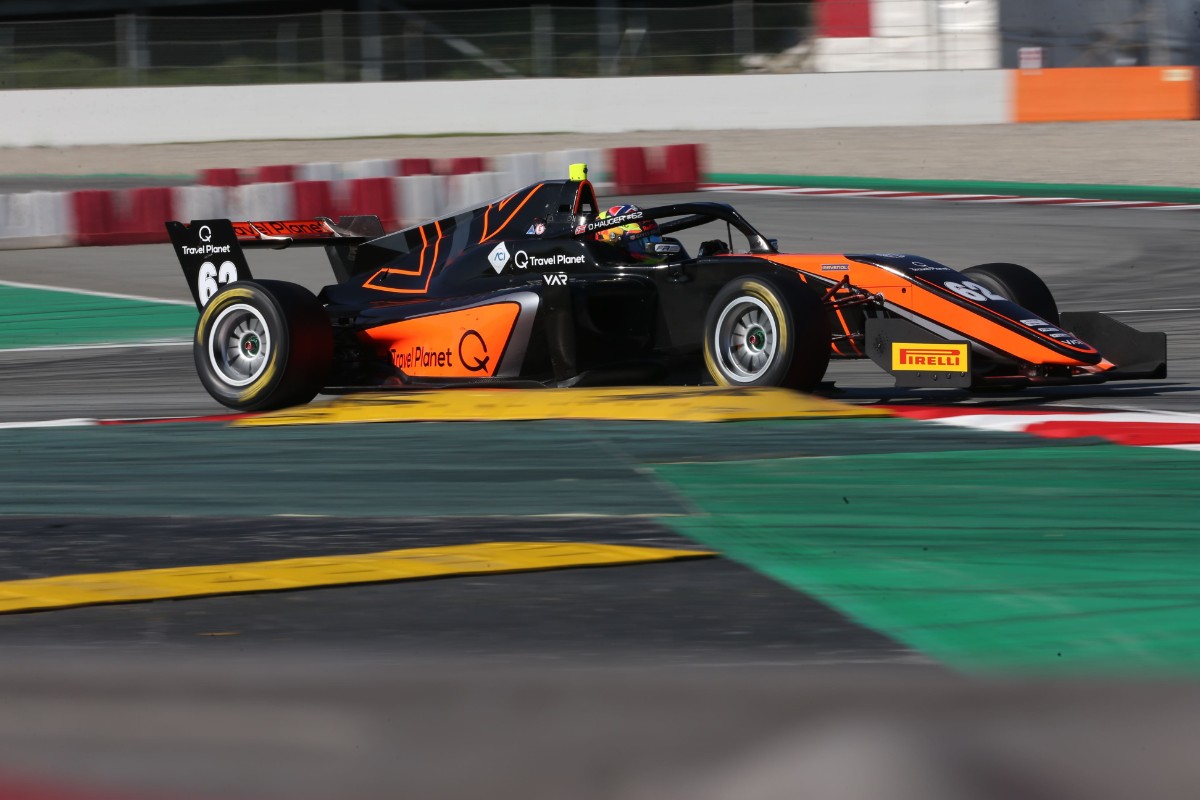 The Dutch squad had yet to make the front row this season, but the arrival of Red Bull junior and FIA Formula 3 Championship racer Hauger in its line-up this weekend led to it topping free practice and then looking competitive from the off in qualifying.

Arthur Leclerc led a Prema 1-2-3 at the very start of the first qualifying session at Barcelona, but he was quickly overwhelmed by KIC Motorsport’s Patrik Pasma, before his own team-mate Oliver Rasmussen then took over at the top.

Chovet matched Rasmussen’s time, and then both he and Hauger lowered the pace on their next laps as it became a battle for pole between the pair.

It was the penultimate laps that decided it, with Chovet improving to a 1m40.791s that put him 0.155 seconds ahead of Hauger.

Rasmussen was the only driver to improve at the end and he secured third for the race one grid as a result, with Pasma and Leclerc both half a second off in fourth and fifth.

Series returnee Matteo Nannini qualified sixth for Monolite Racing, while points leader Gianluca Petecof struggled to seventh with a gap of 0.957s to pole. He fared better than Prema team-mate Jamie Chadwick though, who qualified 11th and last.

It was another VAR-only battle for pole in Q2, with Chovet moving to the front on his second flying lap. Rasmussen was able to roughly match Chovet, but Hauger – in his first weekend driving the Tatuus T-318 car – came into his own in the final five minutes of the session to go fastest.

Rasmusen qualified third ahead of his Prema team-mates Leclerc and Petecof, with Pasma and Nannini also within 0.5s of pole in sixth and seventh.

Using second-fastest times it was Hauger who qualified on pole again for race three, with Chovet alongside him on the front row. Petecof this time was the top Prema driver in third, ahead of Rasmussen and Leclerc.