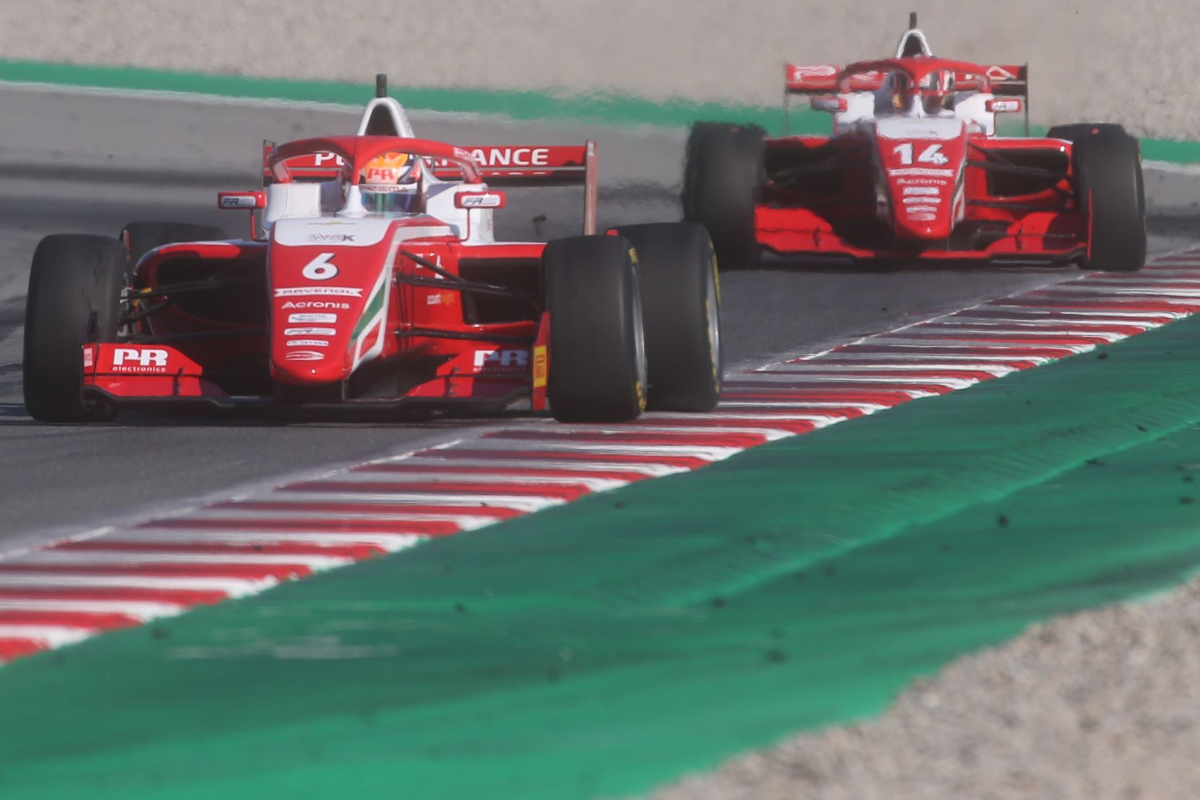 The first qualifying session began with Van Amersfoort Racing’s Dennis Hauger, a late addition to the grid, setting the pace and Prema’s quartet of drivers further down the order.

With half of the 15-minute session remaining, Rasmussen and team-mate Leclerc staked their claim for the top spot, trading fast laps with Hauger and DR Formula by RP Motorsport’s debutant Ian Rodriguez.

Leclerc initially appeared to have pole sewn up, but a very late 1m39.102s from Rasmussen was enough to snatch it from him and Hauger. Rodriguez too put in a lap after the chequered flag to vault to second, just 0.054 seconds off a debut pole.

It was a challenging session for points leader Gianluca Petecof, with the Prema driver qualifying 0.904s off the pace in eighth place.

KIC’s debutant Nicola Marinangeli, who has raced in the Formula Renault Eurocup this year, propped up the 12-strong field.

The second 15-minute qualifying session featured laptimes half a second quicker than in Q1, and it was Pasma who started off setting the pace. Leclerc put in a lap towards the end to take race two pole from him, but on second-best laps it’s Pasma who starts from the front for race three.

Leclerc was the only Prema driver in the top five in Q2 as Rasmussen pitted early with a gearbox issue and therefore ended up 12th and last, while Petecof and Jamie Chadwick could not find significant improvement and qualified sixth and 10th.

VAR’s Pierre-Louis Chovet and Rodriguez fill the second row for race two, with Hauger in fifth. The row two order is flipped for the race three grid, while Rasmussen gets to start ninth based off his second-best lap from Q1.