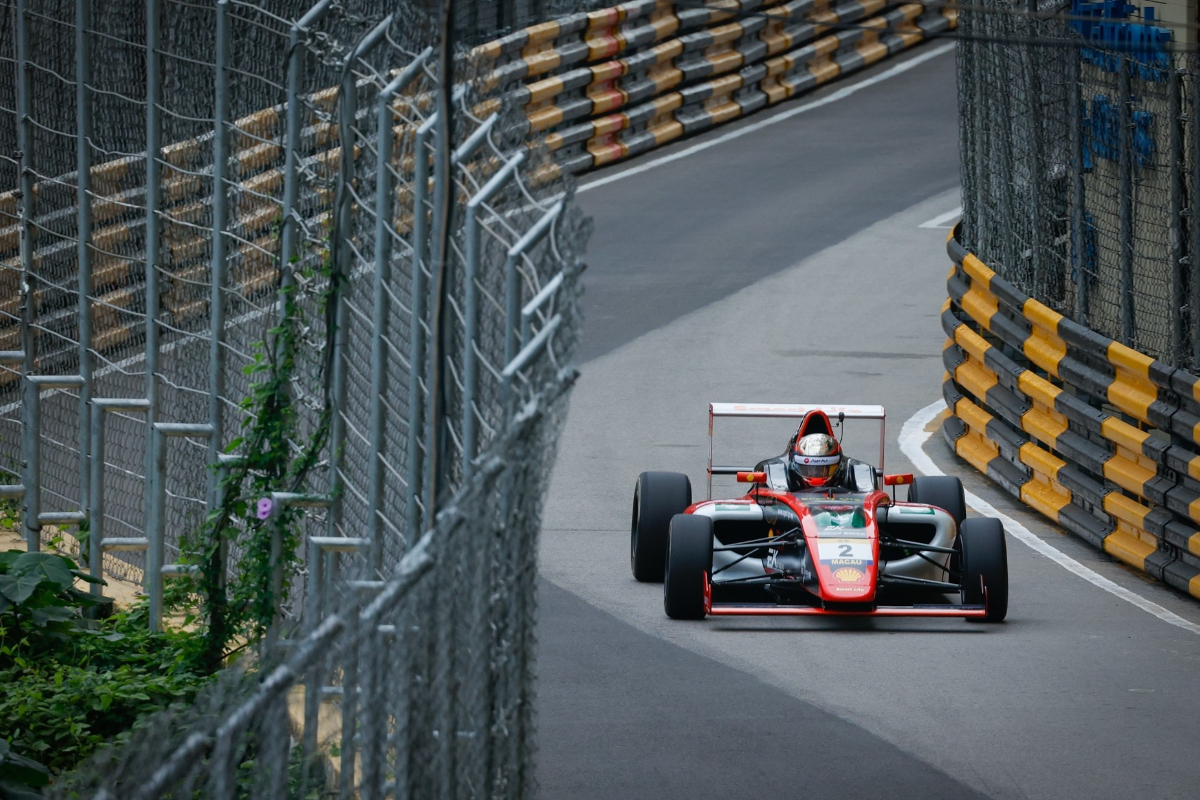 Charles Leong will start the Macau Grand Prix from pole after winning the Qualification Race, while his Smart Life Racing team-mate Zijian He has sealed the Chinese Formula 4 title.

The top three pulled away, while Yang Lui led a three-way fight for fourth place.

Yu Songtao went off on lap two, then a lap later Yucheng Zeng crashed in the mountain section and caused a blockade. Zeng was eventually able to get restarted, as were two of the three drivers held up, but the safety car was required when Weifu Huang’s car didn’t get going again until a marshal gave him a push start.

Later around the lap there was a similar incident at Melco hairpin, which caused a 13-car stoppage until the incident was cleared.

The safety car departed at the end of lap four of eight, with Yuanjie Zhu spinning around Stephen Hong just as racing got back underway. Hong continued, while Zhu lost the top segment of his nose cone.

Li thought about passong Chang into Lisboa at the restart but thought better of it, and it wasn’t long before there was another safety car as Hui Zheng crashed at speed in the Solitude Esses.

The drivers were released to race again for the final lap, and this time Leong came under immediate pressure from Chang as he weaved down the pit straight.

Chang was on his gearbox through Mandarin Bend, and when Leong picked the inside of the track after that it left the outside open for Chang. He’d drawn slightly ahead, but Leong was later on the brakes to keep the lead into Lisboa and ultimately claim victory.

Li finished third ahead of Lui, while the battle for fifth ended in a crash going up San Francisco Hill. Neric Wei and He slammed into the barriers, while Kang Ling was also caught out and all three failed to finish.

This promoted SUNMAX’s Zong Yi Shang to a surprise fifth, ahead of Hong, Zhu and Junjie Lu. Despite crashing, He won the title with one race to spare.