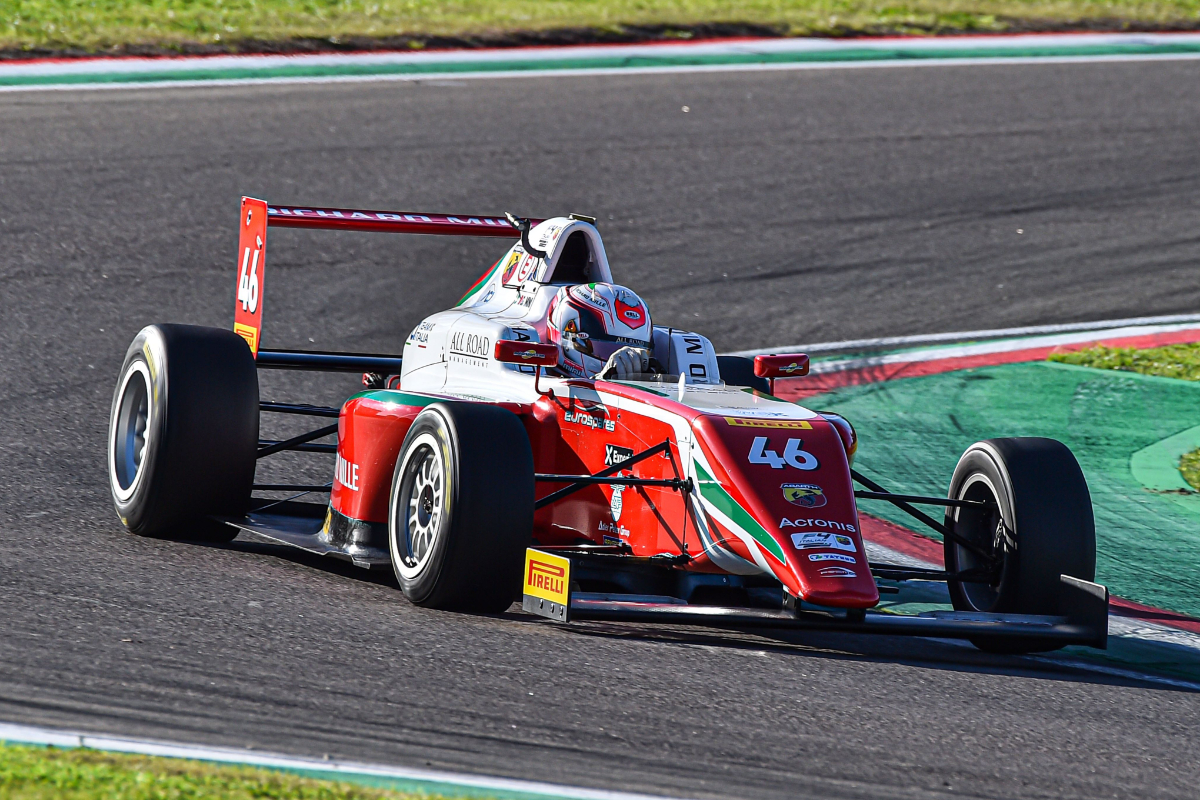 Prema’s Dino Beganovic and Gabriele Mini will share the Italian Formula 4 pole positions for the penultimate round of the season at Imola.

Jak Crawford and Beganovic both pipped Mini to the top in the closing stages of the two qualifying sessions, though consistently quick laps and a penalty means points leader Mini will start from pole twice.

Ferrari junior Beganovic set the pace early in Q1, but was soon bumped down to second by Mini. The pair swapped fastest laps while Crawford remained in the top five.

It was only with his final lap that Crawford jumped up to first place, a 1m44.410s lap putting him 0.060s clear of Mini. However a two-place grid penalty carried over from his last series appearance at Mugello, where he collided with Van Amersfoort Racing team-mate Jonny Edgar, means he starts behind Mini and Beganovic.

Mini’s main title rivals will both start race one outside of the top 10.

Cram Motorsport’s Andrea Rosso was 10th fastest but serves a four-place penalty for colliding with Mini last time out at Monza and so will start 14th, while VAR’s Francesco Pizzi will line up 12th as he benefits from penalties for Rosso and US Racing’s Vlad Lomko – his earned from an incident at the Red Bull Ring round.

The top of the order throughout Q2 looked much the same as in Q1. Mini and Beganovic swapped provisional pole before Beganovic claimed his second of the year with a 1m43.865s.

It was a good session for Prema’s Sebastian Montoya, who was briefly third before dropping to seventh, making up for being down in 16th on the race one grid.

On the second-best laptimes across the two sessions that set the race three grid, it was Mini who was fastest by 0.035s from Beganovic, who had identical qualifying laps from Q1 and Q2.

Fornaroli was third, ahead of Crawford and the Prema trio of Smal, Gabriel Bortoleto and Montoya. Red Bull junior Edgar starts eighth in all three races.

REPORT UPDATED AFTER APPLICATION OF PENALTIES