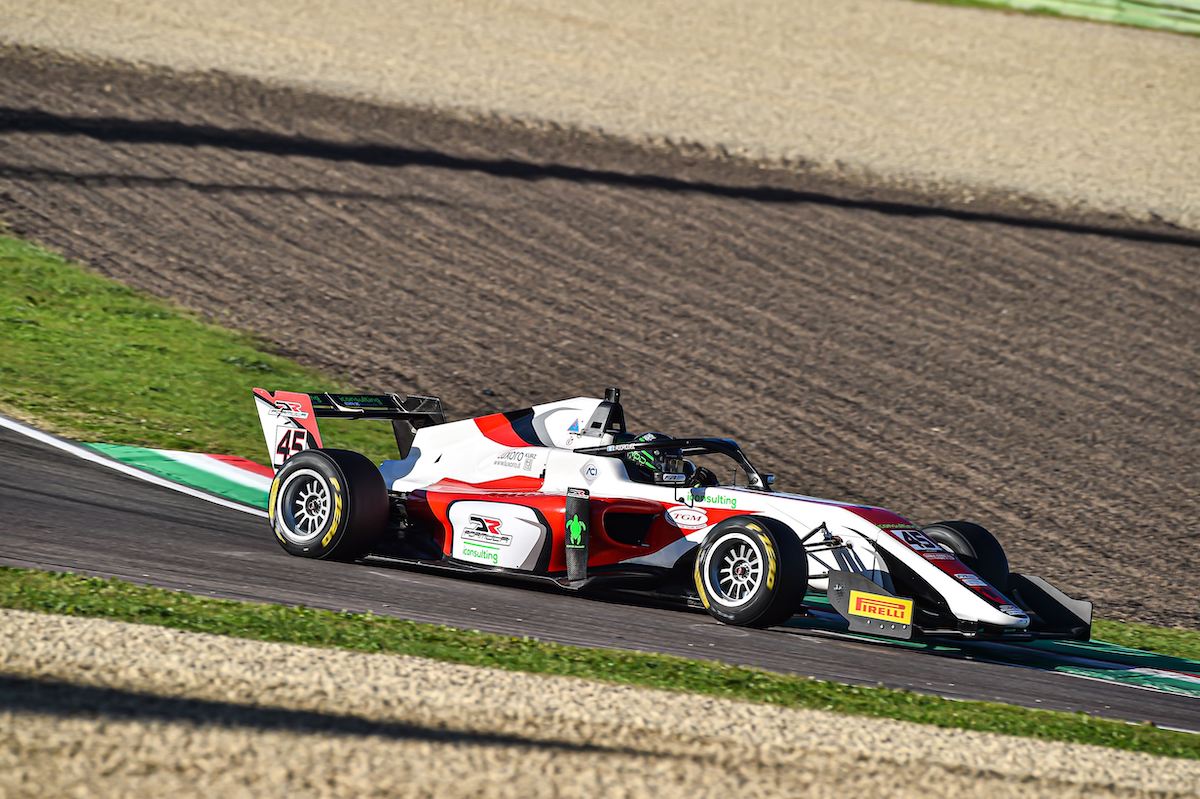 Rasmussen was fastest in the first part of qualifying on Saturday morning but was hampered by gearbox issues in the second section. It would be gearbox issues that also prevented him from starting the first race of the weekend.

This left Guatemalan driver Rodriguez effectively on pole position, and he defended very hard from Van Amersfoort Racing’s Dennis Hauger at the start. Hauger had to get out of the throttle, allowing Prema Powerteam’s Arthur Leclerc through into second.

A small rear lockup at Tosa allowed Leclerc to close in the early stages of the 30-minute race, but Rodriguez was able to resist pressure throughout and even force Leclerc into a mistake at Rivazza as the race entered its final third.

This promoted Hauger back into second, as Rodriguez was initially able to pull away at the front. Hauger reeled him back in, but Rodriguez resisted to take victory in his first race at this level.

Hauger held off Leclerc for third, while VAR’s Pierre-Louis Chovet could only settle for fourth – proving to be no challenge for the top three.

KIC Motorsport duo Konsta Lappalainen and Patrik Pasma pressured Chovet, but the twisty nature of the Imola circuit meant that making a pass was not possible.

Gillian Henrion beat championship contender Gianluca Petecof into seventh as the latter had a challenging first race of the weekend.

KIC debutant Nicola Marinangeli took ninth, ahead of DR Formula’s Emidio Pesce – who had to serve a drive-through penalty for a collision with Prema’s Jamie Chadwick at Variante Alta on the opening lap.

Chadwick had made a few places on the opening lap before the collision took her into retirement.