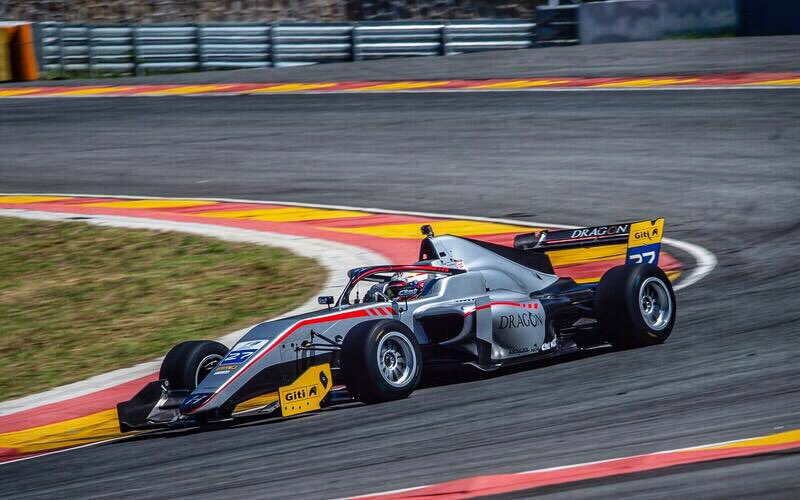 Raoul Hyman moved into the Asian Formula 3 lead at Ningbo, as Jaden Conwright took his first victory after a hat-trick of pole positions.

Conwright?s glory came after two near-misses for the Absolte Racing driver, who finished second in both Saturday races in China.

A poor start was Conwright?s undoing in the opening race of the weekend. He started alongside team-mate Akash Nandy, with Hitech GP’s Hyman and Super License’s Tomoki Takahashi on row two. The gaggle of drivers ran four-wide approaching Turn 1, with Takahashi briefly taking the race lead, but it was championship newcomer Ben Hingeley who led the field by the end of the lap.

Conwright tried to stay with European F3 regular Hingeley but to no avail, and followed the Hitech GP driver home.

Takahashi spent most of the race leading a four-way fight for third. After running side by side with him for a number of corners, Nandy and Charles Leong fell away in the closing stages of the race, but Hyman continued to push Takashi until the final lap. His attacks stopped when a mechanical problem struck, dropping him to fifth between Nandy and Leong.

Championship newcomers Liu Zexuan and Emc? Racing, which received technical support from Absolute Racing, took a point on their debut.

Fastet lap for Conwright meant he started the second race from pole, and made a much stronger getaway. Hyman battled with Takashi for second in the first half of the race, before dropping the Japanese driver and chasing down the leader. He got the job done late on to take his first victory of the season.

Hingley fell backwards on the opening lap but storming through the field and was catching the leaders. A gearbox problem left him stuck in first gear though, and he was forced to retire. Takahashi moved up to third, but he too had mechanical problems, leaving Nandy to complete the podium. James Yu and Leong finished fourth and fifth.

Conwright?made a perfect start once again in the third race, while Hingley snatched second from front row starter Nandy. Despite being on fresh tyres for the final race, Hingley couldn?t catch Conwright, and the American took his first win since competing in Formula Car Challenge three years ago.

Hyman started down the grid after his best time was rescinded, and had to battle his way past Nandy and Takahashi to finish third. The South African leads the standings from Conwright by 13 points, with the absent Hughes, on GP3 duty, a further 10 points behind. Fourth for Nandy in the final race puts him fourth in the standings.