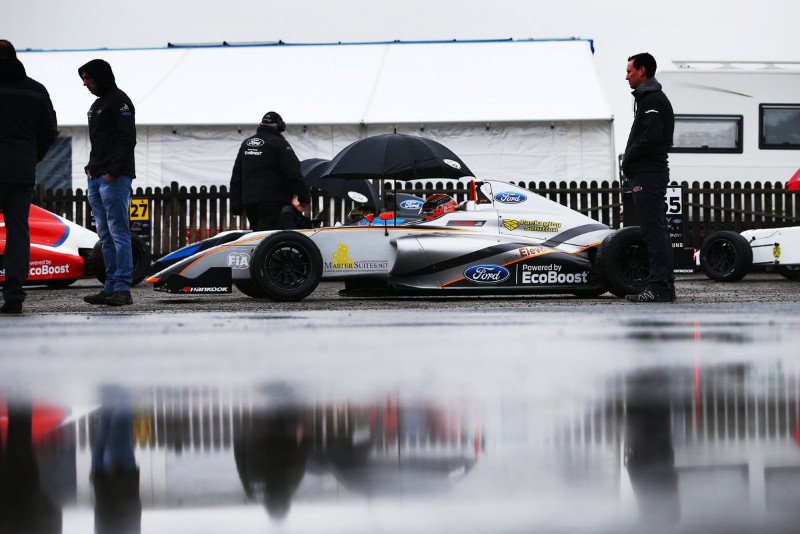 The second British Formula 4 race at Croft has been cancelled due to wet weather, with no result being declared after one racing lap.

JHR Developments’ Josh Skelton led the reversed-grid encounter from pole, having finished sixth in the first race of the weekend, and was still up front on lap two after a heavy slide when conditions were deemed too dangerous and the race was red flagged.

He was classified by the timing systems as the winner, before it was declared the race was void of a result, ahead of Double R Racing’s Sebastian Alvarez and Arden’s Bart Horsten, one of the few drivers to make up positions on the opening lap.

His team-mate Tommy Foster dropped back to fourth, ahead of championship rivals Zane Maloney (Carlin) and Louis Foster (Double R).

Conversations are currently underway amongst race organisers over further steps, which could include the race being restarted either from the original starting order or the classified positions after the single completed lap of racing.