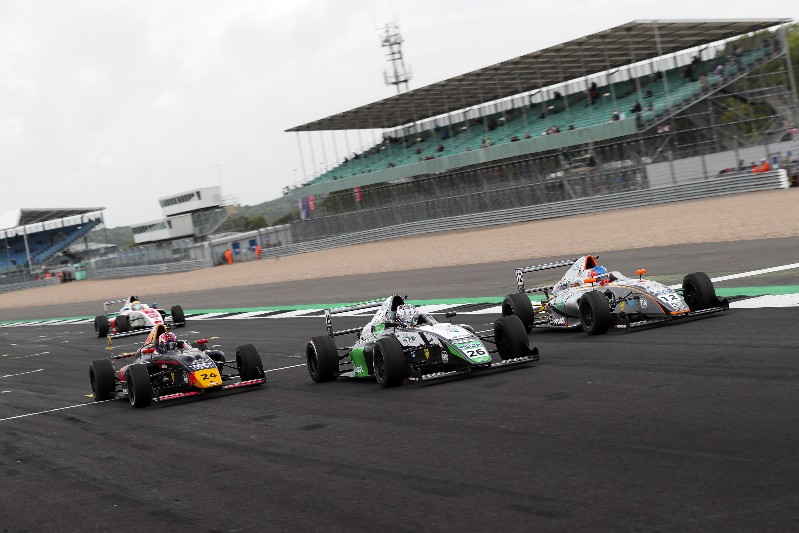 British Formula 4 is set to race on Silverstone’s International layout for the first time next year, after revealing its provisional 2020 calendar.

The championship will continue to run as a support to the British Touring Car Championship, and the Silverstone International round will be in addition to rather than replacing the existing trip to the circuit’s National layout.

?We?re delighted to be able to announce the provisional calendar for the 2020 F4 British season,? said Championship Promoter, Sam Roach.

?Value for money and giving drivers enough track time to develop their skills is what the F4 British Championship is all about, so it?s fantastic to be supporting the entire ten-event BTCC once again in 2020, and credit to TOCA for putting together another fantastic schedule.”

In the new look calendar, the season kicks off at Donington Park in March, swapping places with traditional opener Brands Hatch Indy, which is now the second round of the season. Brands Hatch GP will still host the season finale, which is set to take place in early October.

After two visits to Thruxton in 2019, as a result of Rockingham’s departure, the Hampshire track is relegated to a single meeting next season, hosting round four of the championship. The newly scheduled visit to Silverstone National will act as the third round.

Silverstone’s International layout encompasses the current Formula 1 pit and garage facilities at The Wing, and after Abbey corner goes back on itself to join the Hangar Straight.