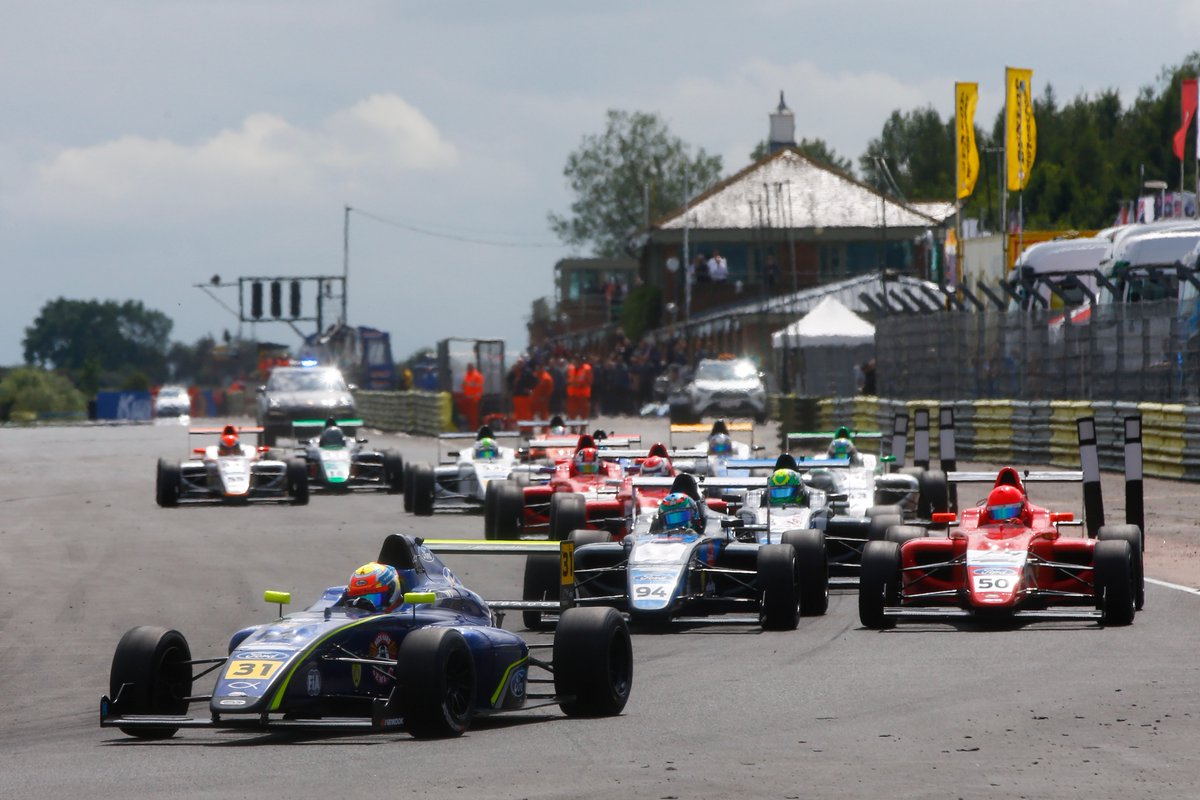 Zane Maloney moved into the British Formula 4 championship lead with his fourth win of the season at Croft.

The Carlin driver made a good getaway from pole and, after an early safety car period, pulled out a strong gap to title rival Louis Foster.

Maloney continued to pull away as Double R Racing driver Foster turned his attention to defending against Arden’s Bart Horsten, eventually finishing more than two seconds ahead of the second placed driver.

Foster held onto second, ahead of Horsten and Maloney’s team-mate Joe Turney, who made a strong start to climb up from seventh on the grid.

Multiple drivers ran into trouble in the opening lap. Double R’s Reema Juffali couldn?t get away on the formation lap. As the rest of the grid pulled away, she was pushed to the side of the track, delaying the start as marshals moved her vehicle.

Her team-mate Sebastian Alvarez made a strong start from third on the grid but fell behind Horsten on the opening lap. He didn?t get a chance to recover the position as he ran off at turn one at high speed at the start of lap one, bringing an end to his race.

Almost simultaneously, Josh Skelton (JHR Developments) and Roberto Faria (Fortec Motorsports) made contact. Both were pushed wide, but Faria was able to limp back to the pits. He returned to the track and rejoined at the back of the pack as the safety car was brought out to clear Skelton and Alvarezs? cars.

Arden?s Tommy Foster and Alex Connor took ?fifth and sixth. Connor came under pressure from Luke Browning early in the race, but managed to pull away as Carter Williams closed the gap to the Richardson Racing driver. Browning and Williams ran nose to tail for a number of laps, but Browning held onto the position to finish seventh.