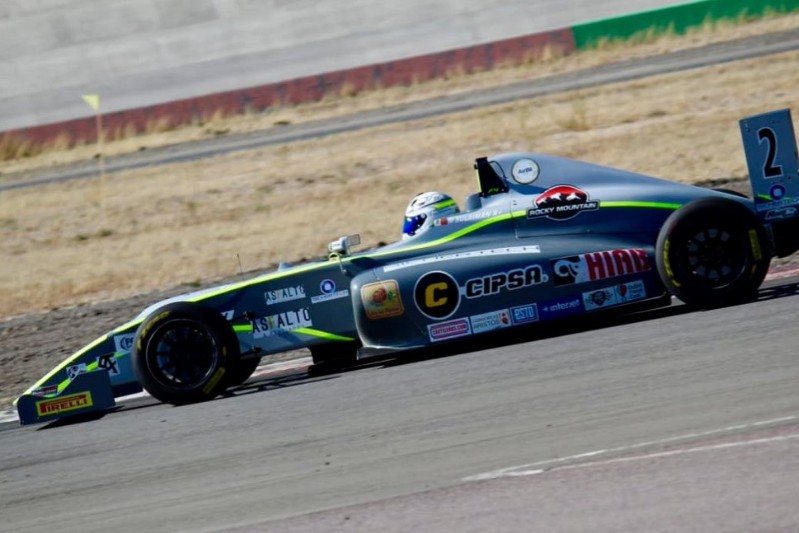 The Ram Racing driver took comfortable wins in the first and third races of the first round, and was second in race two.

Closest title rival Jak Crawford finished 3.743 seconds behind in race one but lost ground in the title race after retiring from the third race.

Crawford bounced back with a dominant weekend at Miguel E. Abed, taking two dominant wins and a third place for Scuderia Martiga.

Sulaiman was not able to match Crawford across the weekend, finishing a distant second behind him in races one and three, and could only manage eighth in the second race.

Richards’ team-mate Perez de Lara was the winner of race two, finishing 3.243s ahead of Mariano del Castillo, and scored solid points with two fourth places in the other two races to remain third in the standings.

Allen won the first race after a close battle with poleman Shihab Al Habsi. The championship leader was ahead for most of the race, and although Al Habsi snatched the lead back at one point he ended up finishing behind Smith.

In the reversed-grid race two, Smith fought from ninth to take the win, moving up to second by the fourth lap before passing Muizz Musyaffa for the lead two laps later. Musyaffa, a star of the 2018 season, took his second podium of the year 0.344s behind.

Al Habsi went from sixth to first in the next reversed grid race, with Smith coming from ninth again to finish second. Elias Seppanen took his second podium of the weekend in third, ahead of Musyaffa and early leader Yash Aradhya. Alister Yoong and Allen were both penalised for exceeding track limits.

Allen, who did not finish the second race, ended the weekend with victory from pole. Smith beat Seppanen to second, moving into second in the standings as a result, with Al Habsi finishing sixth.