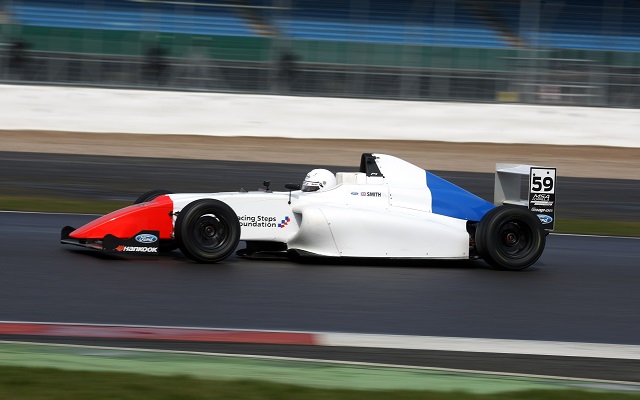 The Racing Steps Foundation has joined forces with the new MSA Formula series to evaluate drivers for a fully-funded 2016 seat.

Together with the Motor Sports Association, Ford, media and championship officials, the RSF will monitor British drivers competing in the inaugural MSA Formula season which begins this weekend at Brands Hatch.

The three strongest candidates will go forward to a ‘multi-disciplinary’ evaluation to compete for an RSF-funded seat for the next step of their career.

Selection criteria will include not just on-track results, but also the driver’s attitude and approach, meaning it will not necessarily be the three highest-scoring British drivers that are chosen.

The RSF said the three drivers will compete against “selected other competitors” in the final evaluation for the 2016 place.

“We feel the time is right to look for a new, talented UK driver to join the RSF’s ranks and that the MSA Formula is the perfect recruiting ground for us,” said the RSF’s founder Graham Sharp.

MSA chief executive Rob Jones commented: ?The Racing Steps Foundation has supported the work of the MSA Academy over the past six years and this has enabled the governing body to take a leading role in the learning and development of young drivers.

“We have been greatly assisted by the RSF in our drive to raise standards across the sport and we welcome the Foundation’s involvement in MSA Formula.”

Gerard Quinn, head of racing for Ford Performance in Europe, added: ?Ford has a history of helping professional drivers launch their careers through their first step into car racing in Formula Ford over the past four decades. The transition into MSA Formula only strengthens our resolve to continue this proud tradition.

“The welcome involvement of the Racing Steps Foundation in this partnership with the MSA and the FIA is a very credible addition to this commitment.”