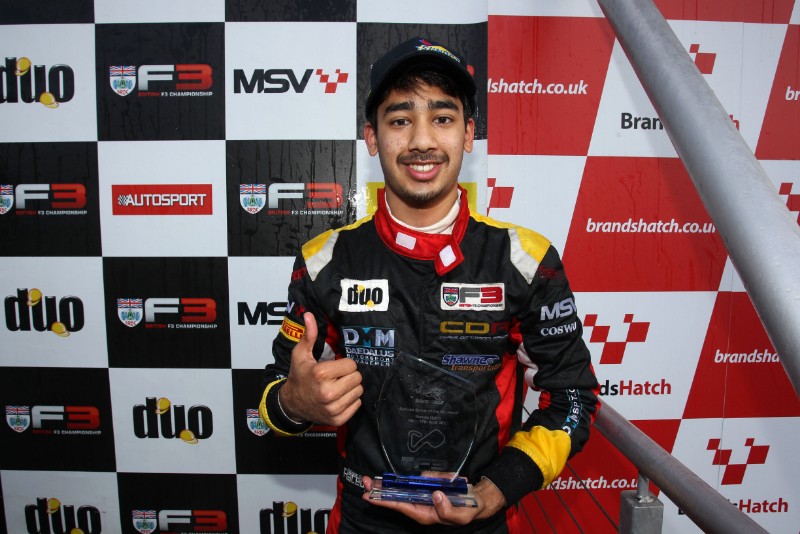 Former BRDC British Formula 3 racer Quinlan Lall will make a return to the category in the F3 Americas championship.

The 19-year-old has been signed by Monentum Motorsports for the third round of the season at Pittsburgh on June 22/23, rejoining a team he drove for in United States Formula 4.

Since his single British F3 season in 2016, where he had a best finish of eighth but was ‘Driver of the Weekend’ at one round, Lall has appeared in the Caribbean Motor Racing Championship.

“I’ve known Phil [Picard, team boss] since I was 14, and it’s great to be back with the team. It feels like home.

“This year Momentum has had a good track record in their F3 program with both of their drivers, so I’m very excited for the opportunity to compete. There’s a lot to learn in a short amount of time, but if there’s any team that can get it done, it’s Momentum.”

The team ran Kent Vacarro and W Series racer Shea Holbrook in the first two rounds of the F3 Americas season, and it will replace Holbrook with fellow fellow W Series competitor Megan Gilkes for the remainder of the season.

“Having Quinlan back with Momentum Motorsports is exciting, and he should be a threat for the race win or podium results in Pittsburgh,” explained Phil Picard.

“Quinlan has experience in single-seaters and has the talent to come in and win in his series debut. We are very excited to be once again working with him now and through the 2020 season.”

Why Europe needs a series to rival IndyCar and Super Formula