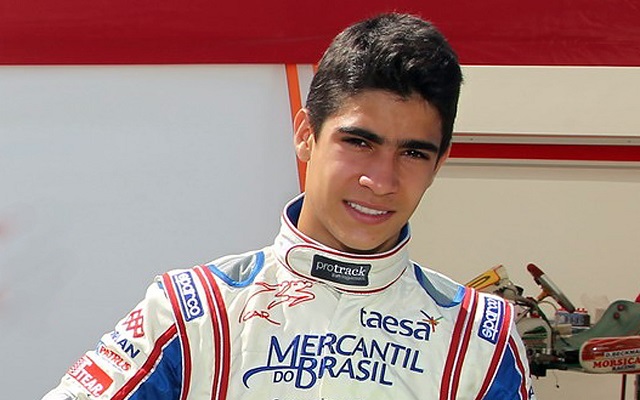 Charles Leclerc, Ben Barnicoat, Valentin Moineault, Diego Borelli and Thiago Vivacqua. The ART factory team in karting has done a pretty stellar job of preparing lots of promising young guns for the 2014 season on cars. Now it?s up to Sergio Sette Camara to follow in his former teammates’ footsteps. PaddockScout caught up with him during his car debut in F3 Brazil at Interlagos

Do you have any more races scheduled this season in F3 Brazil?

Yes, I plan to do one or two more rounds. But I am not sure. At the same time, I will continue racing in karts in Europe.

I want to stay in karting this season, because it is great learning for any driver. I also want to do some tests with formula cars and I will be doing a few races here in Brazil, as it is a great school and F3 is very competitive this season, with many cars on grid. And I can be racing against drivers that I already knew from karting, so I know this will be a good preparation for racing cars in Europe next year.

Are you already looking at any particular series in Europe?

No, not yet. My father will decide later along my manager [Albert Resclosa, from Pro Track Management], and they will choose the best path for me. Everything changes quickly in motorsport.

Right now we are focused on karting. And it is only May. I think it is very early to make any decisions. I think in the second half of the year we will start looking into it better and will analyze all options.

Why did you decide to make your single-seater debut in F3 Brazil? Is it because of the improved grid from previous seasons?

Yes, exactly! The better the grid gets, the more good drivers are attracted. Then, the grid grows further, and more and more drivers start to look at the series. It is good for the championship to have such a competitive field.

How do you rate your debut in F3 so far?

I did some tests with the Dallara F308 at Campo Grande and here at Interlagos on Easter. There were other drivers with me and we have done around five sessions. However, until this weekend, I?ve never driven a single-seater car in the rain. We only had a 40-minute free practice on Friday, but I didn?t get the most out of it, because the track was very wet and there were too many red flags, including one caused by me.

Despite this, on Saturday morning, I did a good job in the second practice and I finished seventh. After the session, we looked at the telemetry with my coach Danilo Dirani and he told me what I needed to change for qualifying, where I took second.

Do you think it’ll be possible to challenge for victory this season?

I was very quick in every session I?ve ever done in cars, including the one on Easter. And a driver is always positive. The reality is we need to go out there and learn as much as possible but we want to be at the front all the time, so that is my expectation. And, thanks to Cesario F3, who gave me a good car, and to my coach, who’s doing a great job, I was able to qualify well here, despite the rain.

And, talking about karting, why did you decide to change teams, leaving the ART factory squad and joining Morsicani Racing?

I wasn?t happy with my results in the KF division racing for ART. I was battling around the top 15 and not better than that. And we realized the leaders were racing with Tony Kart machinery. There were only a few Zanardi karts, CRGs, myself with an ART, but the majority was Tony. So, as the World Championship was about to start, we decided to change our equipment. 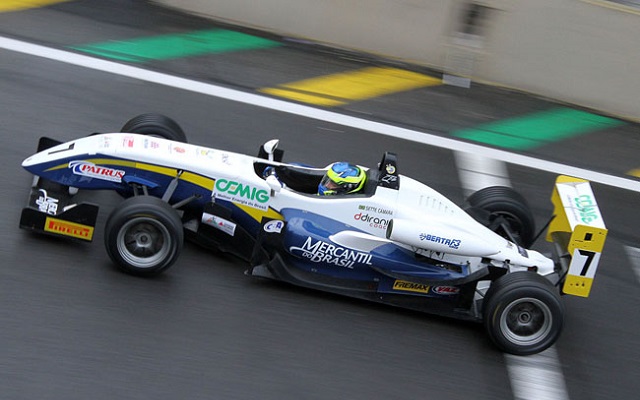