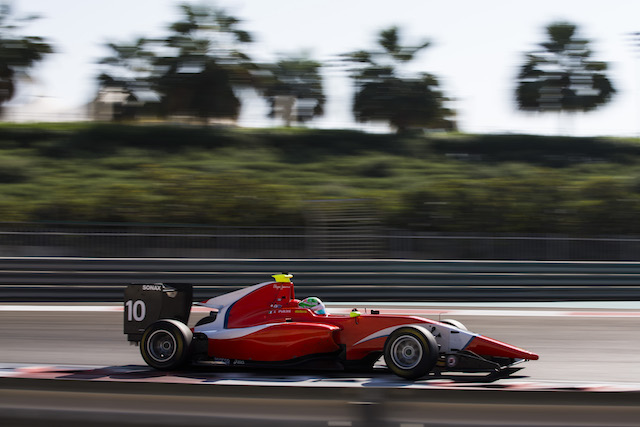 Both Pulcini and Schothorst tested with the British outfit in Abu Dhabi in December, with the Italian joining the team on the third and final day and going fifth fastest, after the Dutch driver had been third on day two – ahead of Kari.

Eighteen-year-old Pulcini was fourth in Italian Formula 4 in 2014 prior to two seasons in Euroformula Open, where he won the title driving for Campos Racing last year.

Schothorst, 22, returned to single-seaters last year in GP3 following a season in the Renault RS 01 series and came 13th in the standings with Campos, scoring best finishes of fifth at Silverstone and Sepang.

Arden took the fight to champions ART during the second half of 2016, with Jake Dennis and Jack Aitken scoring more points than any other drivers over the final four rounds.

While teams are permitted to field?up to four drivers, Arden will continue to run?a three-car effort.

Team manager Richard Dent said: “We tested all three drivers at the end of 2016 and we were very impressed with how each of them quickly integrated themselves into the team.

“It?s great to secure Niko, Leo and Steijn for 2017, it?s a good combination of series rookies and series experience and I have no doubt that each will be a front runner and be challenging for race wins.”