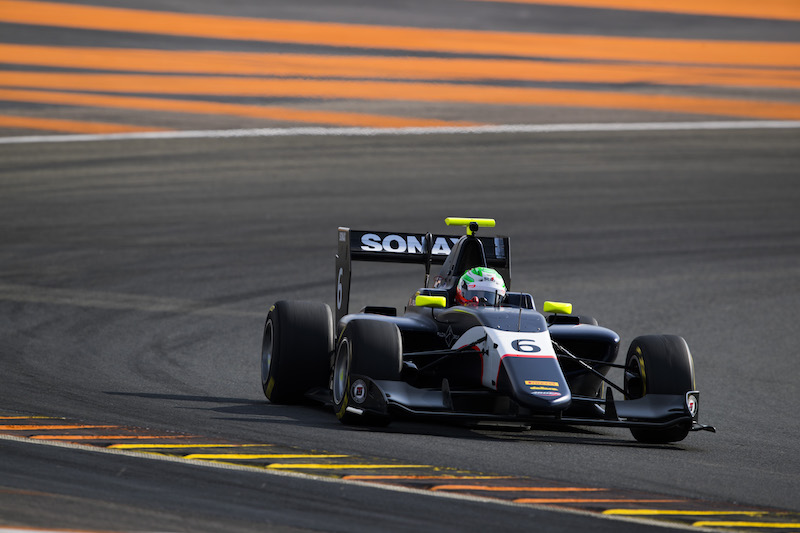 Leonardo Pulcini and Jack Aitken shared the fastest time on the final day of GP3 pre-season testing at Valencia.

Euroformula Open champion Pulcini and second-year GP3 racer?Aitken both set a best of 1m21.233s in the morning, with the Italian posting the benchmark time first.

Their efforts were not matched in the afternoon session, which was topped by Alessio Lorandi with a 1m21.333s, which was just slower than the time that put him fourth in the morning.

After topping the final day of last week’s test at Barcelona and the first day at Valencia, Dorian Boccolacci had to settle for third, 0.026 seconds slower than Pulcini and Aitken.

The Frenchman’s 1m21.191s set on Tuesday did remain the best time of the week, however.

Raoul Hyman and Ryan Tveter, who like Boccolacci are yet to be confirmed with their teams for 2017, completed the top six in the morning.

Hyman took second to Lorandi in the afternoon, followed by Boccolacci and Tveter.