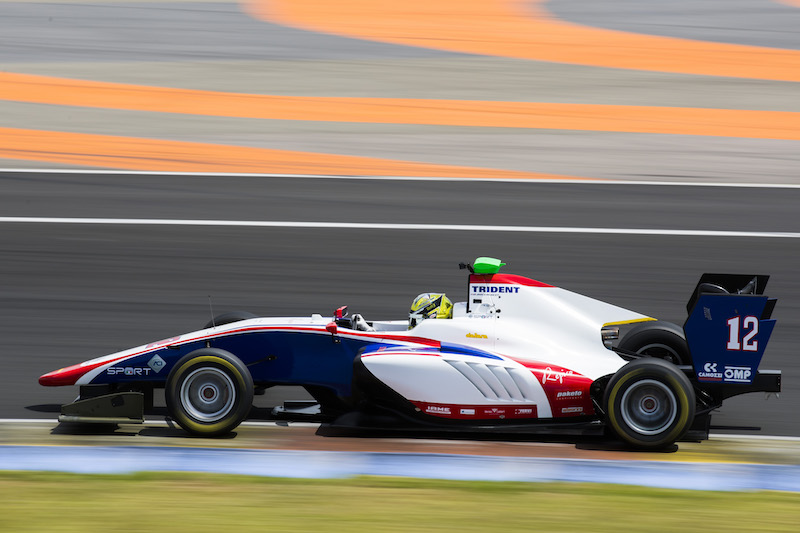 Having posted the best time of the Barcelona test last Thursday, the Formula Renault Eurocup runner-up?- who is yet to be confirmed as racing in GP3 this year – set a lap of 1m21.191s around the Ricardo Tormo circuit on Tuesday morning.

That was 0.101s faster than lead ART driver Jack Aitken, who was joined in the top four by his team-mates George Russell and Anthoine Hubert.

Russell went on to lead?a hotter afternoon session, but could only manage a best of 1m21.814s.

In the morning, the top six was completed by two more drivers yet to be announced by their respective teams: Trident’s ex-Formula 3 racer Ryan Tveter and Italian Formula 4 champion, Marcos Siebert, who’s tested exclusively for Campos so far this year.

Alessio Lorandi and Arjun Maini – the only two drivers Jenzer Motorsport have run through pre-season after appearing to lose?out on its F4 protege Siebert – were seventh and eighth respectively, with top DAMS driver Santino Ferrucci and the final ART ace Nirei Fukuzumi rounding out the top 10.

Lorandi was second to Russell in the afternoon, just 0.002s slower, while Boccolacci was within 0.02s of the pace in third.

Raoul Hyman, the other of the four drivers without a confirmed race deal, was fourth with Campos in front of Aitken.